Episode 5: With only two episodes left of ‘The Falcon and the Winter Soldier’, fans are getting excited about what will be going to happen next. This mini-series already breaks many records. The Falcon and the Winter Soldier is a part of phase 4 of the Marvel Cinematic Universe (MCU). The show is currently streaming on Disney+ worldwide. It was first premiered on March 19, 2021.

Until now, The show has received 96% average Tomatometer and 75% average audience score in Rotten Tomatoes and 7.9 out of 10 on IMDB.

Falcon and the Winter Soldier Episode 5: Release Date and Where To Watch

Falcon and the Winter Soldier Episode 5 will be released on Friday, April 16, 2021, at 3:01 a.m. ET/12:01 a.m. PT. The title of episode 5 is not officially revealed yet because marvel didn’t like to reveal anything before release. That’s not a problem we will update you as soon as the creator of this series reveals the title.

Where To Watch Falcon And The Winter Soldier Episode 5?  you can watch this fantastic marvel mini-series on Disney+ and it’s only available for its VIP and Premium users.

Episode 4 of Falcon And The Winter Soldier was released on April 9, 2021, with the title “The Whole World is Watching”.

we see this episode kick off six years ago Wakanda, I Ayo help Bucky finally break free from his Winter Soldier code words. Then were brought back to the street he met her at in the preceding episode where she talks with Bucky about releasing Zemo telling him she’s giving him an 8-hour head start before she starts hunting the villain down.

Bucky feels Sam and Zemo in on the Wakanda threat and they all get word of Karli’s latest chaotic doings. Zemo like look, everyone who takes the Supersoldier serum goes nuts for power so either you kill Karli or she’s

They at least have the sense to bring up that Steve Rogers wasn’t mentally corrupted by the serum but Zemo quickly retorts with there’s never been another Steve what about Bucky. The serum didn’t turn him crazy the Hydra brainwashing did and now he’s free of that hence the whole scene that started the episode. Karli sits around with their fellow flag smashes while they listened to a news report about the people she blew up. she awkwardly walks off as it’s visibly clear her crew is unsure of how to feel about her actions.

Then we see our main Trio head into town to investigate the situation of Donya Madani the woman Kalri was crying over when she passed away in the last episode. 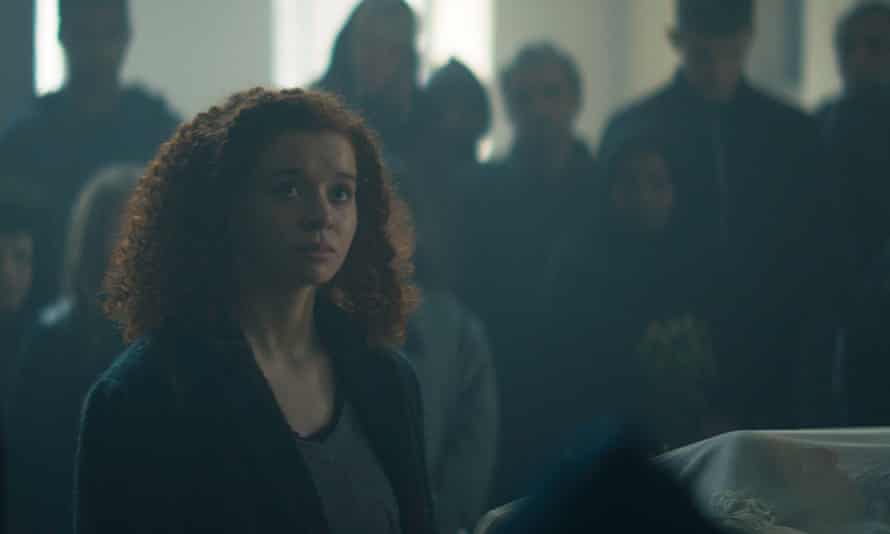 Sam gets nowhere into the building and literally has everyone just walk away from the moment he starts talking to them. Zemo on the other hand uses his master level intelligence to hand out candy to kids and get his information from them. And it works a little girl gives Zemo the lowdown but instead of sharing it with the two heroes he suspiciously keeps it to himself.

He does give them a little bit to work with mentioning Donya’s funeral will be later that day. so Sam calls up sharing to see if she’ll help out some more and she’s like yeah OK fine cut over to Karli and another super dude grabbing the remaining serum and discussing how right they are about what they’re doing.  Knockoff captain comes out verbally swinging flaring his nostrils about everything Sam and Bucky are up to especially breaking Zemo out of jail. But they all unwillingly and momentarily band together to follow Zemo’s lead on the location of mom Donya’s funeral which is where Karli is. Sam heads in to talk to her alone to try and reason with her and actually starts to get somewhere until the knock-off new captain loses his patience and storms in breaking up the party. As Karli makes her escape she runs into Zemo who fills her up with a couple of bullets and goes on to crush every vial of serum that fell out of her bag except for one of course which is quickly found by the captain desperate to be a super-soldier himself.


Karli and the company blueprint their plan and destroying the heroes and they receive another threatening message from the power broker.

The new captain makes another storming entrance to the Trio’s headquarters to officially takeaways Zemo but not before the door Mellage. who proceed to whoop everyone’s asks to remove bucky’s metal arm he manages to put it right back on and Zemo takes this opportunity to make his getaway. Also, Knock off new captain introduces himself. This was clearly one of the last straw that broke and back when it comes to Walker taking the serum as he feels utterly beaten down and embarrassed that women without superpowers handed him a new one. 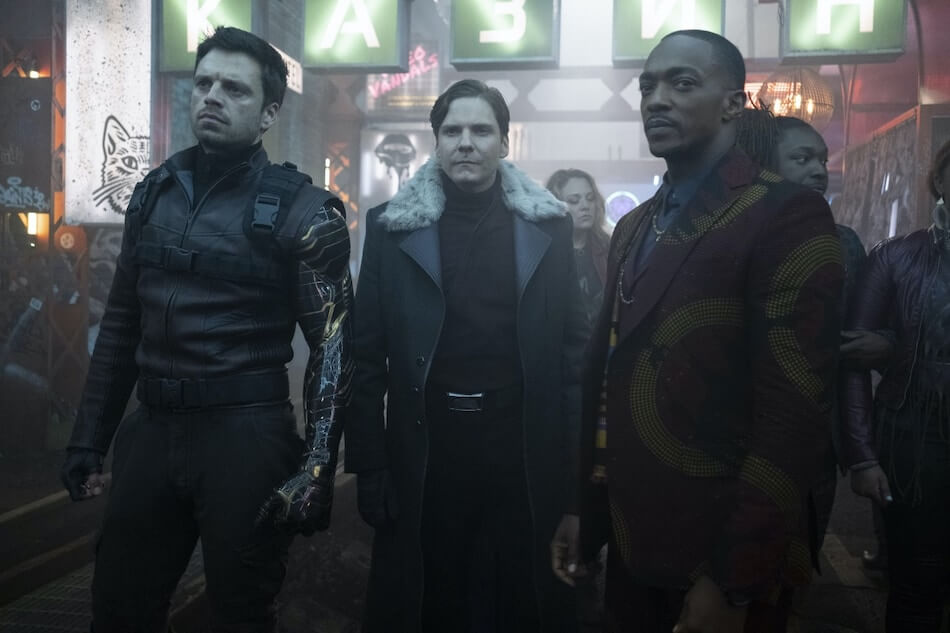 There’s a reason why they’re the top guards the whole country of Wakanda knockoff new captain and Battlestar talk about how dope it would be to take the Supersoldier serum. Karli gives Sam’s sister called threatened her if she doesn’t get a chance to speak to Sam alone.

so Sam and Bucky gear up and head over to Karli where it once again gets broken up by the interruption of the new cap who evidently is taking the serum now. They all proceed to have an epic and action-packed battle that leads to Carla giving a little too hard of a punch to Battlestar as he smashes into a pillar and dies.

New Captain loses and darts after one of the flags measures and murders him in broad daylight for all the world to record and see then the episode ends.