As we all know Snyder cut was released last week. In this article, we will be talking how about the Batman nightmare is connected to the ending of the Justice League Snyder cut and cyborg nightmare scene. This article is based on the movie Batman v Superman, Zack Snyder’s justice league, and comic Injustice League.

Batman Nightmare: In Batman v Superman: Dawn of Justice, during the scene in which Bruce Wayne is trying to decrypt the hard drive taken from Lex Luthor and suddenly Bruce sees a nightmare in which the world is in a post-apocalyptic state, everything is deserted and destroyed. During that scene you can see Darkseid’s omega symbol, Darkseid had taken over the earth presumably with the help of superman. In this post-apocalyptic world, Batman has his own army named “Sons of Batman” and Superman also has his own army named ‘The Red Cape’. In Synderverse, Dick Grayson AKA Robin is killed by the joker but in Batman v Superman Carrie Kelley

Advertisement
is the new Robin who works for Batman. Batman and his team go together to get the kryptonite but they get ambushed by the Red Cape soldiers and Parademons. Eventually, Batman and his army get caught and in the next scene Superman arrives and kills his team members, says “she was my world and you took her from me” before killing Batman. In short Batman’s army want to kill Superman and his army but Superman kills Batman and his army first and he blames Batman for the death of Lois Lane. 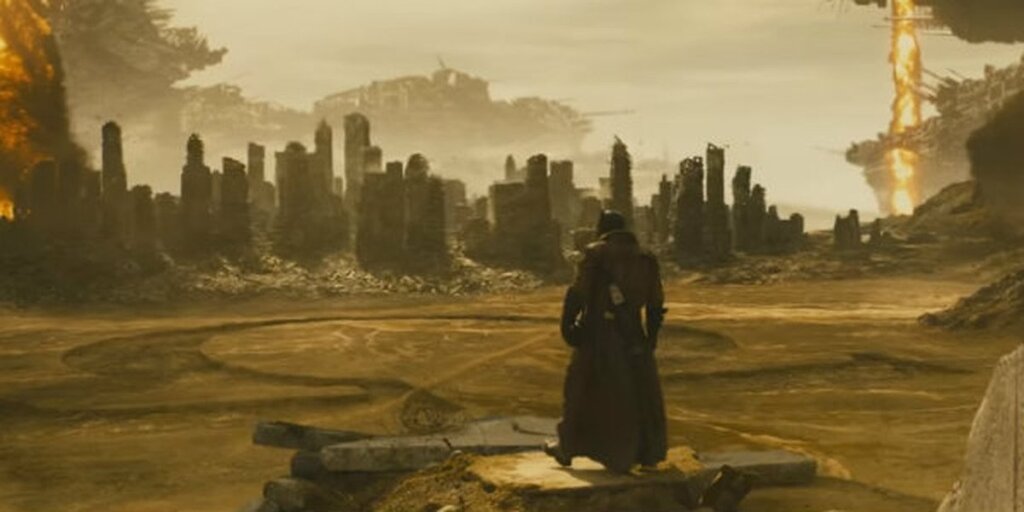 Bruce Wayne wakes up from this nightmare and sees the Flash who says “Bruce! Listen to me now it’s Lois, it’s Lois Lane she’s the key, Am I too soon? I am too soon. You’re right about him, you’ve always been right about him. Fear him. Find us, Bruce. You have to find us”. After this Bruce is confused as he doesn’t know who ‘Flash’ is and whatever that happened in front of him.

Now, In Justice League Snyder’s cut when superman is being resurrected. During this Cyborg sees a different future in which Wonder Woman is dead, Darkseid killed the Aquaman and has taken over the world. Also, Lois Lane is dead who was pregnant with the child of Superman. Darkseid takes advantage of superman and manipulates him into believing that batman caused the death of Lois Lane. Batman and his team try to stop Superman and Darkseid but Superman kills everyone. Before Superman ending this world, Batman told Flash to go to the past and warn the past Bruce that Lois Lane is the key. so that Bruce Wayne understands that in the future Superman will fight against them in order to prevent that Batman needs to sacrifice himself to save Lois Lane. If Lois was saved, Superman would have never gone against Batman and save the world from Darkseid.