Ozark Season 4 is coming back on Netflix, pretty soon Fans are excited to see, what will happen next, there many speculations, many rumors, many assumptions, and many theories are floating in the industry about the upcoming season. We will discuss in detail, stick with us.

To be honest and straightforward with you all there is a written official statement as of now. Here’s what showrunner Chris Mundy said in a panel discussion:

“We’re filming, slowly but surely. It’s going to be in two halves, it’s going to be 14 episodes, so the first half is going to air seven. We’re hoping that’s sooner rather than later, it’ll be easier for us to get these first seven done.

The production was mostly delayed because of the outbreak of Covid-19. But, no worries, as more and more people are getting vaccines, the production will run fast.

Ozark series star Jason Bateman also teased the panel discussion giving some hints that will be released soon. Here’s what he said: “As far as when it’s gonna come out, it’s really going to be reliant on, you know, if we can stay in production. This sort of this race, the whole world is in between vaccinations and these variants. I mean, basically, it’s going to get to us a whole lot quicker now that Joe Biden’s got his hand on the wheel. It would have would have taken longer with the last administration, so I think we’re gonna get it to TV sooner thanks to Uncle Joe.” [Source: Deadline.com] 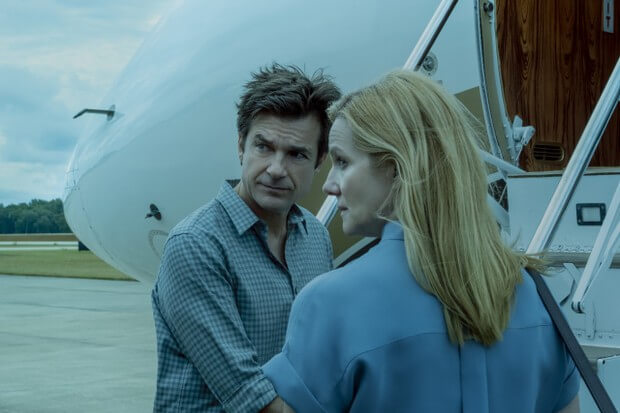 According to some industry experts, if everything goes by the books, it is estimated that the new season will come by the end of 2021 or in the early months of 2022.

Now let’s talk about some of the rumors that are floating around. Some fandom’s are discussing that Jonah Bryde will take over as the next Ben Davis. The ending of season three changed Jonah completely. When Helen shared the information that his mother is behind the death of his uncle Ben Davis. He felt abandoned and heartbroken, and soon wrath took over the emotion. He shoots his own family home, with a shotgun; in an attempt to release some of the anger. Fans are concerned that this anger will swallow him, and he would face the same fate as his uncle.