Zack Snyder and Netflix released a brand new and awesome neon-looking poster for Zack Snyder’s Army of the Dead that is releasing on Netflix on May 21, 2021. The film is portrayed as a “zombie heist film” that follows a zombie outbreak in Las Vegas.

The new poster looks badass we see some of the crew. Omari Hardwick as Vanderohe holding a buzzsaw like a beast. Dave Bautista as Scott Ward in the middle standing on a roulette machine that says ‘Always Bet On Dead’. Ella Purnell as Kate Ward right beside Bautista.

Check out the Army of the Dead ‘s new poster below: 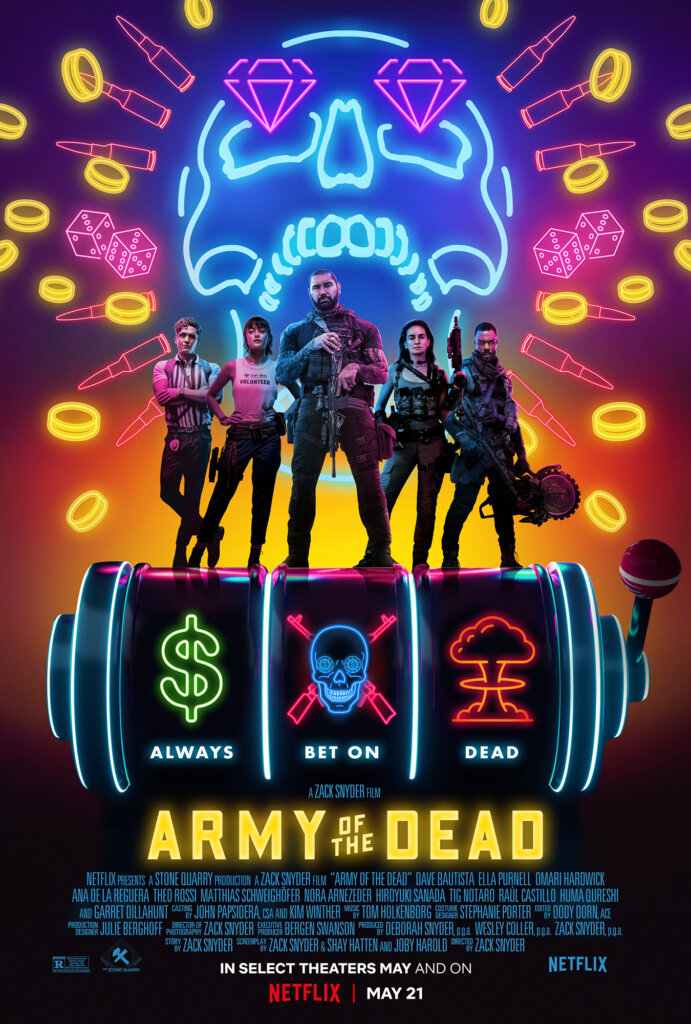