Money heist season 4 ending takes an exciting turn when Raquel/Lisbon reunited with the thieves, and Inspector Alicia discovered the Professor’s hiding location. Fans were already angry about the death of their favorite character Nairobi and Professor’s life in danger just aggravated the situation, leaving them on the edge of a cliff. Since the fans are demanding Money heist season 5, but due to the outbreak of Covid- 19 virus and implication of lockdown all over the world. The fans have to wait. But, wait, we have some good news.

As you all are aware, on Friday, July 31, Netflix announced that Money Heist is going to end with the fifth season. And we are here with some icebreaking information for our viewers. Stay tuned!

“We have spent almost a year thinking about how to break up the band. How to put the Professor on the ropes. How to get into situations that are irreversible for many characters. The result is the fifth part of La Casa de Papel. The war reaches its most extreme and savage levels, but it is also the most epic and exciting season.”

In another interview, he said:

“We are moving from a chess game – a mere intellectual strategy – to a war strategy: attack and contention.

“We always try that our opponents be charismatic, intelligent, shiny,” he added. “In this case, in pure war film genre, we also look for characters whose intelligence can measure up against The Professor’s.”[source: Digitalspy]

Speculations are that in season 5 of La Casa De Papel, our favorite characters will get some permanent scars; that might change their lives forever. 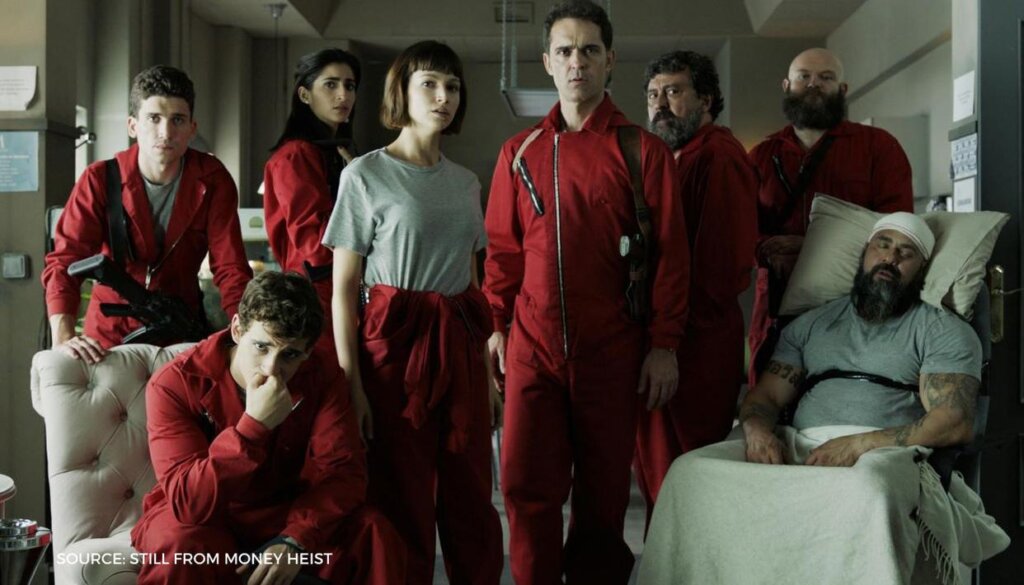 Now let’s discuss some of the most famous theories about season 5.

We all know at the end of season 4, Alicia finds out the hiding place of Professor. But do you know some theories are roaming around which say Alicia can be the wife of Berlin(Seeing from the flashbacks) aka Tatiana? And that’s why she knows all about Money Heist and Professor.

One more very fascinating news is that Berlin is back in season 5. Some of the fans who leaked the photos from the shooting scene. And Berlin is captured in these photos.

Another theory is that Professor might be dead by the end of season 5, as Netflix

Advertisement
said: “THE HEIST COMES TO AN END”.

And at last when we will be able st see Money Heist season 5? The shooting began in August 2020 and following the social media handles of different actors we founded that it continued till January 2021. No more news after that. Speculations are that it will be released by the end of 2021.