Do you know Miley Cyrus played a cameo role in the Guardian of the galaxy 2? Shocked? You might be reacting; this is crazy! I have seen the whole movie; I didn’t saw her anywhere in the film. Well, you are correct. But, do you remember ‘mainframe’ from the movie ‘ Guardian of the Galaxy 2 ‘? Probably yes. In reality, Cyrus voices the character Mainframe. How did you not know this? Well, while other actors got popular, this one was left behind. 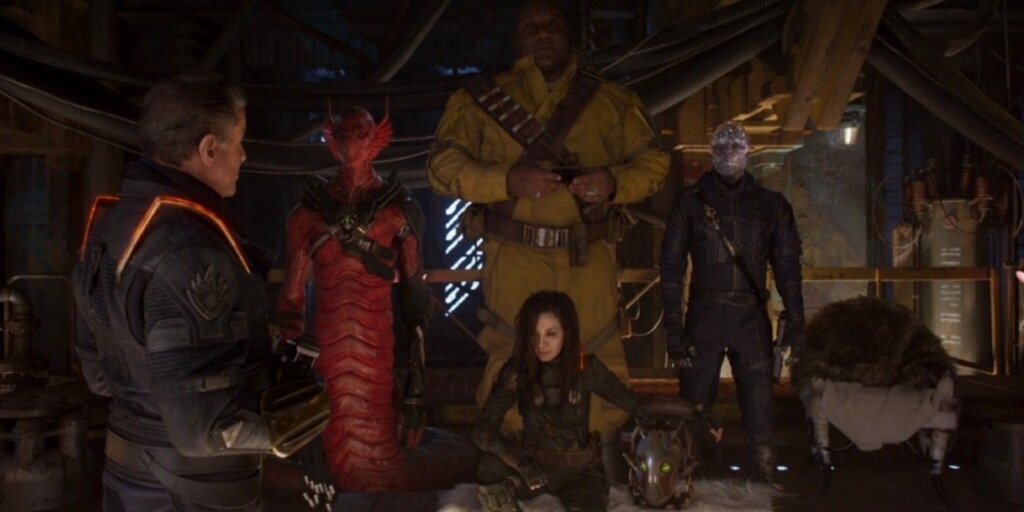 Recently a die-hearted fan page of Miley Cyrus recognized her voice and tweeted, “Who remembers Miley voicing “Mainframe’ in Guardians of the Galaxy 2?” The tweet blasted like an atom bomb over Twitter. And surprisingly the director of The Guardian of the Galaxy 2- James Gunn replied, “Me. Cc @mileycyruss”. Well, who doesn’t enjoy, The Guardian of the Galaxy 2? So did their cast. Within a few hours, Miley Cyrus replied, “I miss you guys so much” on which James Gunn again replied, but, this time with a photo of Sean Gunn as Kraglin and wrote ‘#RavagersForever’.

Did u remember the song, Party in the U.S.A.? Right now, the song has re-entered in the top 20 of US iTunes [Source: Chartdata]. Fans are getting crazy about how they missed such an important detail.