One Piece Chapter 1008: The legendry Manga series: ‘One piece’ last chapter baffled everyone with a shocking turn of events following the return of Oden Kozuki. Yes, you heard me correctly Oden Kozuki is back!

Before we begin with the exciting news we have about chapter 1008, let’s have a quick recap of chapter 1007 which was released on March 15, 2020. The chapter begins, with a piece of great news: Chopper had finally developed the counter-virus that will fight against the Queen’s deadly disease. He then filled the room with the gas that has healing powers. Unfortunately, gas healed both the Samurai and the Beast Pirates. Queen got angry and asked Chopper that why does he bother to save his subordinates. Chopper says that viruses aren’t meant to be weaponized. But, Queen was in no mood to be scolded by Chopper; she then tried to kill him but the Pleasures save him. Whilst all this Hungama was going on Macro got a hold of Queen’s neck giving Chopper a chance to activate Monster point.

While in the Treasure Repository, a mysterious person saved Red Scabbards. Soon it appeared to be Oden Kozuki. Several theories are roaming; different fan clubs are coming up with different theories; some are suggesting that it’s an imposter, whilst some are defending it by saying: NO, it’s real Oden Kozuki. Stay tuned for more information. 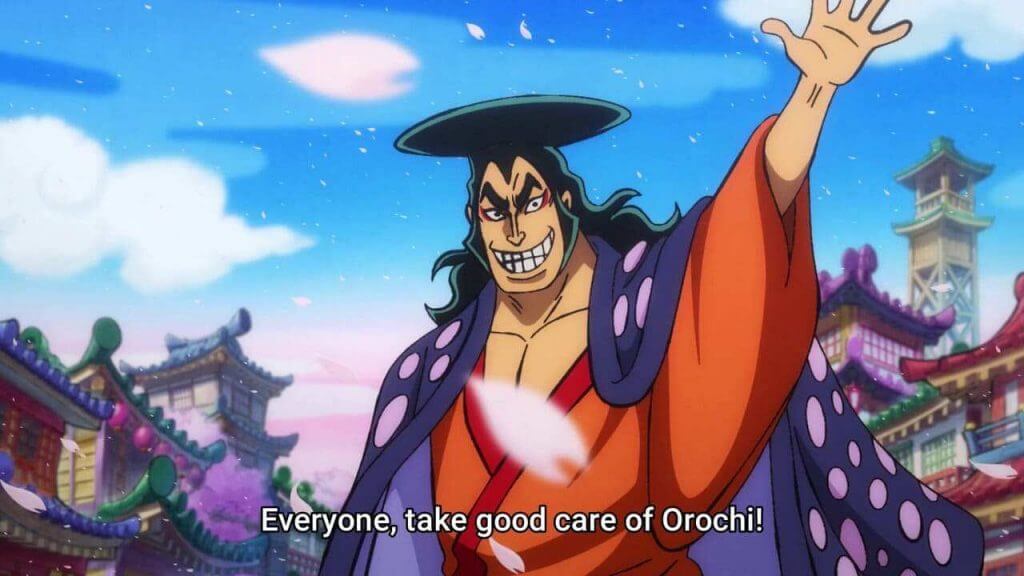 First of all sad news for the fans; Eiichiro Oda, a Japanese manga artist and the creator of the series One Piece is on a break. So, no chapters will be released this week. In this chapter, fans will get to see a terrifying battle between Kaido and Big Mom(the two great supernova’s). The Battle will take place at the Skull Dome’s roof. This is one of the most awaited fights; unfortunately, Luffy will not participate as he is not able to use his Haki anymore. Rumors are there that we might be able to see Kaido’s hybrid form. And if that will happen then, Big Mom is in big trouble.

Fans are going through a lot of emotions lately; some are happy to see Oden back, some are surprised, and some have serious doubt that he is not the real Oden! Well addressing this, do you all remember, Catarina Devon? If not, allow me to remind you she is the one having Face change fruit. She has the magical ability to change into anyone’s Clone. So, it can be true- that Oden is an imposter, and the main person behind the veil is Catarina Devon. And if this happens, be ready to see Blackbeard pirates soon.