The final countdown has just started. Jujutsu Kaisen episode 24 release date is now public. Jujutsu Kaisen episode 24 will release on 26 March 2021 at 12:45 a.m. Yes, at 12:45 AM according to Central Standard Time. And if you wish to watch the show, you can watch it online on Crunchyroll. Crunchyroll Company has the official license to launch Jujutsu Kaisen. It is mainly produced in the Japanese language with English subtitles. But, recently Crunchyroll has launched its English dubbed episodes also. We would also like to inform our viewers that this episode is going to be the season’s finale. So, don’t miss this if you are a die-hearted Jujutsu Kaisen fan.

Yuji, Megumi, Nobara, and Arata were scrutinizing the murder case of Murishita. When they headed towards the school which Megumi attends, they found out that Murishita is murdered in the same way; the other three members of the family were murdered. Megumi shows his fear that this is the work of a cursed spirit. Fast forward, Yuji is fighting a cursed spirit in the battle. He notices that the cursed used poisonous blood which can melt even rock to shoot him. Whilst on the other side Nobara is fighting with the cursed spirits Nobara with hammers and nails. Megumi is slaying the cursed spirits with his sword. Nobara mocked the spirits by telling his friends that they should fight them like it’s a whack-a-mole. 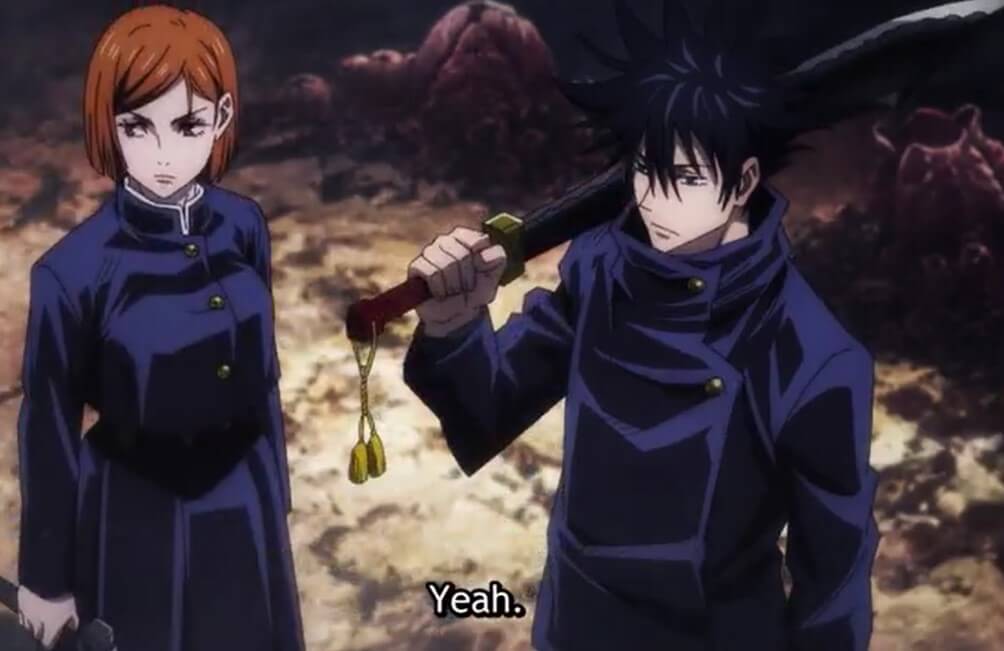 One slight mistake and Nobara is swallowed by the Dark powers. At first, Megumi didn’t understand what just happened. But, later, Megumi finds that none of this cursed spirit is responsible for Nobara being swallowed. And after coming out of the cave, Nobara met a strange man who is acting like a woman.

The next episode will be intense. The preview of the episode is already out. It seems like there will be a lot of murder and mayhem in the episode. It seems like Yuji and Nobara will fight with Kechizu and Eso respectively. Fans might even get to know the real plan of Getou. One thing for sure, that we will get to see a terrific battle between the sorcerers and cursed spirits. For more news, stay tuned to our website.