RCB didn’t get the start they were after. They lost their captain in the second over, thanks to a fabulous catch from Rahul Tripathi. Rajat Patidar also followed his captain to the pavilion.

After that, the ₹14.25 buy Glenn Maxwell stole the show. He played every shot from his book and blasted a 28 ball half-century. Devdutt Padikkal also played a slow and steady knock but got out soon. 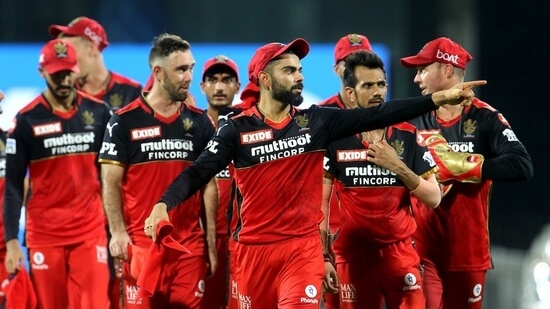 After that, it was all ABD show. Popularly known as Mr 360, he took every bowler on remand. He scored 76 runs off just 34 balls at an amazing strike rate of 223.53. Kolkata’s bowling never got going and RCB gave a target of 205 runs to Kolkata.

RCB vs KKR: In reply, Kolkata started off positively. Shubman Gill got off to a flying start. He scored 21 runs off just 9 balls. Dan Christian took an amazing catch to dismiss the batsman. After that, there were some good shots from Rahul Tripathi and Nitish Rana, but somehow they both fell to the pressure of an increase in the required run rate. Dinesh Kartik failed once again and Shakib didn’t get going.

Though there were some late blitzes from Andre Russel and Eoin Morgan but were not enough for their team to cross the line and were defeated by 38 runs. In this year’s IPL Virat Kohli’s led RCB is the only undefeated team and are happily sitting on the top of the points table with 6 points to their name.