24 April TikTok Trend: Often thought of as a platform for lip-syncing, TikTok is much more than lip-sync videos. It’s a place where individuals can express themselves, make new friends and get in on the entertainment industry.

People are sharing what’s trending on TikTok and it could be disturbing you.TikTok fans are voicing their concerns about the new Tikbot trend on the social app. Although it is unclear which party started this trend, a group of people has now declared April 24 as a “national day” for carrying out rape and sexual assault. Lately, multiple TikTok users have made their own videos in an attempt to bring awareness to a potential threat. This can be termed as disgusting if this happens.

“Hey, Gang! I want to make sure that you are aware of some disturbing information that is circulating on the internet right now. There have been a lot of men posting on different sites and video platforms about planning to help each other commit sexual assault including rape and molestation.” Said a woman in a video. 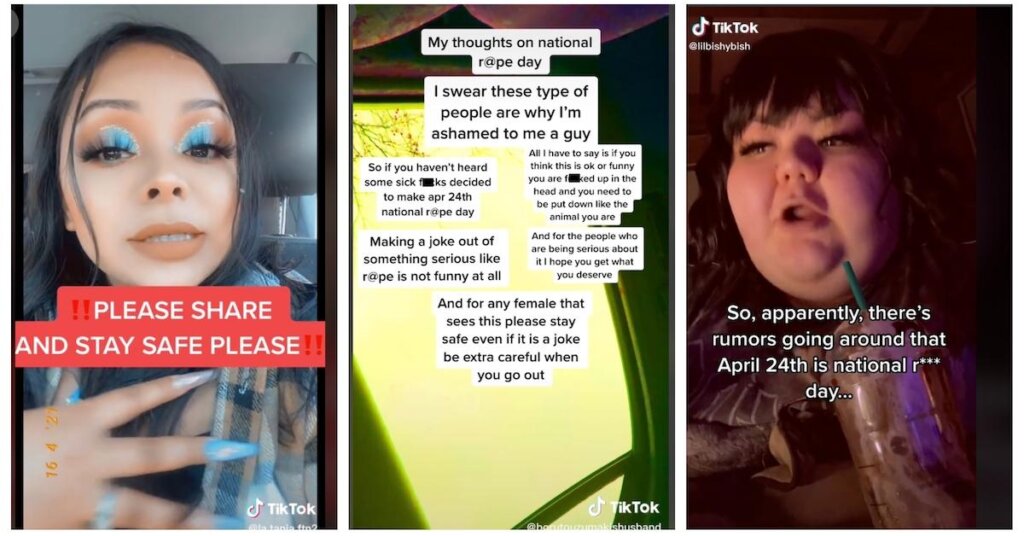 In addition, the date she mentions is April 24. If you live in a state that requires headlights to be on when moving, make sure they are turned on.

24 April TikTok Trend: Though many people have stated that it could be a joke from that particular organization or a group, but one cannot take it lightly if the matter is in terms of the safety of women and children.

Let’s hope it’s a joke because women’s safety has become very much important these days due to the rising crimes against them. Their safety has become a joke these days. So it’s our duty to protect them and make sure that they feel safe whenever we are around them.