Youtube Server Down: You would have surely listened about Instagram getting down, Facebook getting down. Even you would have heard about Google Chrome getting down. But for the first time, you would be hearing that YouTube was down. Users are reporting issues with YouTube after it went down this afternoon. Some users can’t access the website and others can’t watch videos. The detector that captures the movement of the videos playing on YouTube detected a huge amount of reports that were on YouTube down. This created big news for all the users of YouTube. It is said that there were over 22,000 reports of YouTube being down due to the videos which were not being played.

A quick look at YouTube’s status page suggests that the website was struggling to load some pages at that time. People were facing errors like 400 and 429 which made the users report them. Seeing such a huge spike in reports made the officials a bit uneasy and they acted on it accordingly. 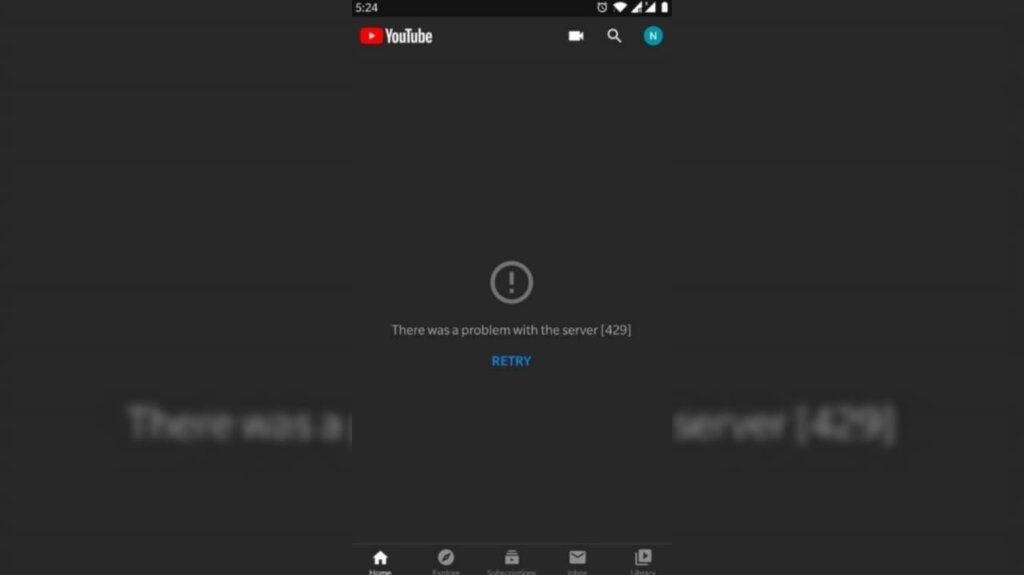 The officials released a statement that “Our team is working hard to bring these issues to a halt and get YouTube back up and running. Thank you for your patience”. For confirming the status of YouTube the users took the help of Twitter

Advertisement
to get the confirmation. Many tweets were done in just a few minutes regarding YouTube, whether it was officially down or something else happened. Twitter trending #YoutubeDown.

According to the users, YouTube was down for just a few minutes and after a mass reporting, it was back to normal within a few minutes. But the people who face problems watching the videos online reported that it took a lot of time to get back on track.