Saturday’s event — which features the live return of a crowd to UFC events for the first time in over a year — is headlined by a rematch between welterweight champion Kamaru Usman and Jorge Masvidal. This week on FOX, two world title fights – including a co-main event clash between women’s strawweight champion Weili Zhang and former champ Rose Namajunas – headline a jam-packed night of fights.

K amaru Usman promised to be as vicious as ever in his rematch with Jorge Masvidal at UFC 261. He delivered, with a brutal second-round knockout to retain the UFC welterweight championship and place himself firmly at the top of the pound-for-pound rankings. When these two welterweights clashed in their first encounter and Usman was awarded a unanimous decision, Masvidal was incensed, claiming the new champion to be a paper champion. 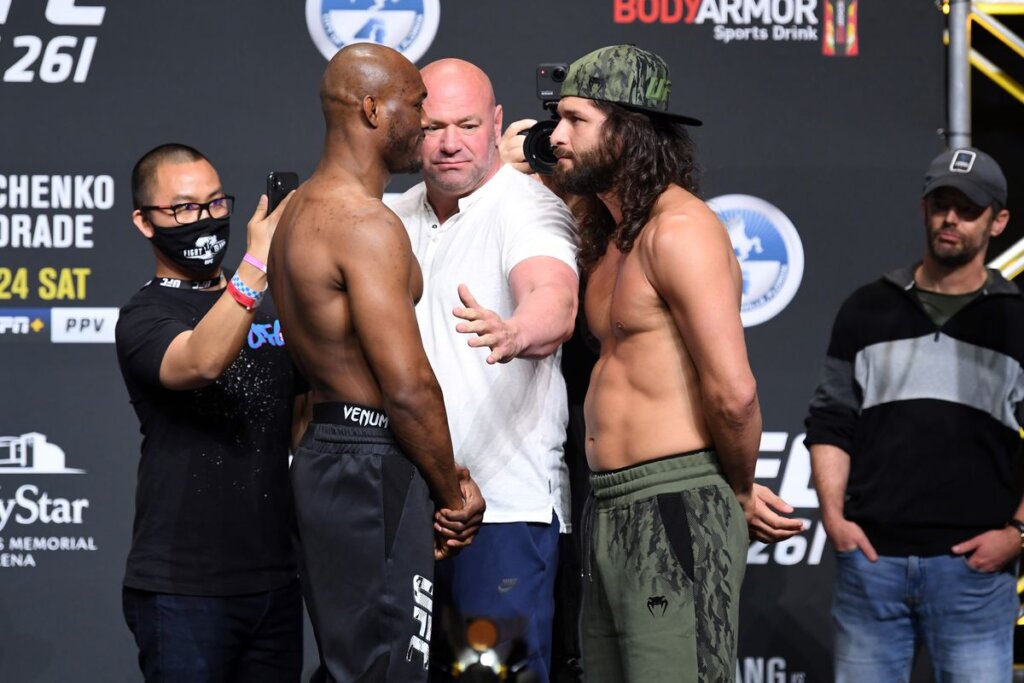 Usman started by throwing his jabs and big overhand rights to keep Masvidal close. Once he had Masvidal close, he landed a takedown and dominated the round. In the first round, Usman came out with his hands low, looking to land quick strikes. As he moved forward, he looked to land multiple power shots. While Masvidal was moving away from him, he tried to coax him in for counterstrikes. Usman showed good footwork and baited the Russian into striking range then exploded with a flurry of strikes which sent his opponent down to the canvas. With this win, Usman retained his title and now has an amazing record of 14-0 in the UFC.

The shortest night of fights at UFC 261 lasted 19 minutes, 56 seconds with no fights lasting past the second round. Two champions retained their titles while another pulled off a stunning finish for the first time in UFC history.