With the new Captain America movie just around the corner, Anthony Mackie has taken over the role and updated the official Twitter account with his photo and bio. Marvel Studios and its fandom just officially announced that Sam Wilson (The Falcon) will be the new Captain America. Disney has released the last episode of the series “The Falcon and The Winter Soldier” changing just days before its name to “Captain America and The Winter Soldier” in the credits. The fans were filled with sorrow as they thought Sam will be replacing Steve in the new film, replacing the iconic ‘heart throb’ Chris Evans.

Marvel fans have watched the Marvel Cinematic Universe grow and expand to become a box office powerhouse, eclipsing both the DC cinematic universe and the Star Wars franchise. That legacy has now been passed on to Anthony and Joe Russo who will be helping bring another phase of the MCU to theaters. Steve Rogers aka Captain America is a superhero who was created by Marvel Comics. 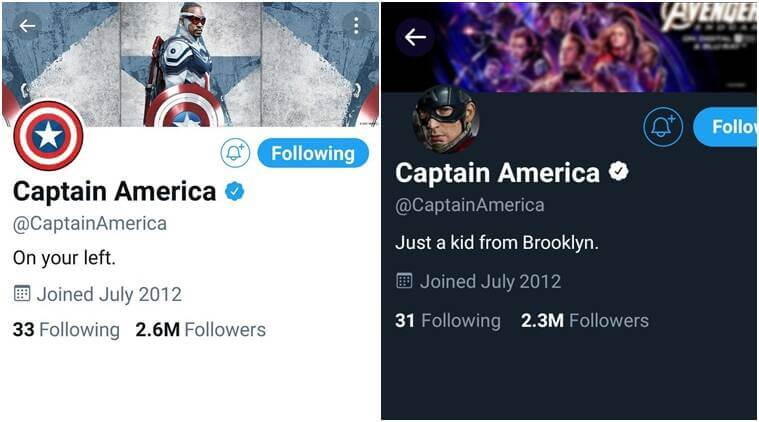 The name goes back to the 1940s and was named after Steve Rogers who volunteered for the Super Soldier Program. He took a serum called “Vita-Rays” designed by Dr. Abraham Erskine (the scientist who created the super-soldier serum). He wanted America to have fighting troops, so when America joined World War II, he tried to convince the American Government to form a special force of soldiers.

Upcoming projects of Marvel Studios are currently under the focus of the film industry. According to Variety, the writers Malcolm Spellman (The Winter Soldier) and Dalan Musson (The Falcon) will write the script for Captain America 4. It will be interesting to know how the story unfolds after this.