American Gods Season 3: It is a drama series based on a novel of the same name written by Neil Gaiman. The directors of this fantastic web series are Michael Green and Bryan Fuller. This series is produced by Fremantle USA. The first season of American Gods was premiered on April 30, 2017. Let’s know about the third season.

As we all know that Episode 6 of season 3 of “American Gods” was launched the previous week and it was fabulous. In episode 6, we saw that Demeter does not want to do anything with Mr. Wednesday.

Shadow had an uncomfortable conversation with Laura. We are also providing you recap section, go through it to have a detailed summary of episode 6. Now let’s see about Episode 7.

The 7th episode is going to release on 28 February 2021 on the Starz website. You can also watch it on amazon prime video, sling tv, Hulu, DirecTV, and YouTube.

This time it has 10 episodes which are released every Sunday.

What next in American Gods Season 3 Episode 7

The title of American Gods Season 3 Episode 7 is “fire and ice“. In this episode, we can see Laura having a partnership with New Gods as she is planning to kill Odin. She will succeed or not, this will get clear when we will see episode 7.

We can see Shadow doing everything to live a “normal life”. Though it is difficult. Marguerite and Shadow can grow closer.

This time we can also see the truth of the mystery of kids who are missing from the Lakeside. 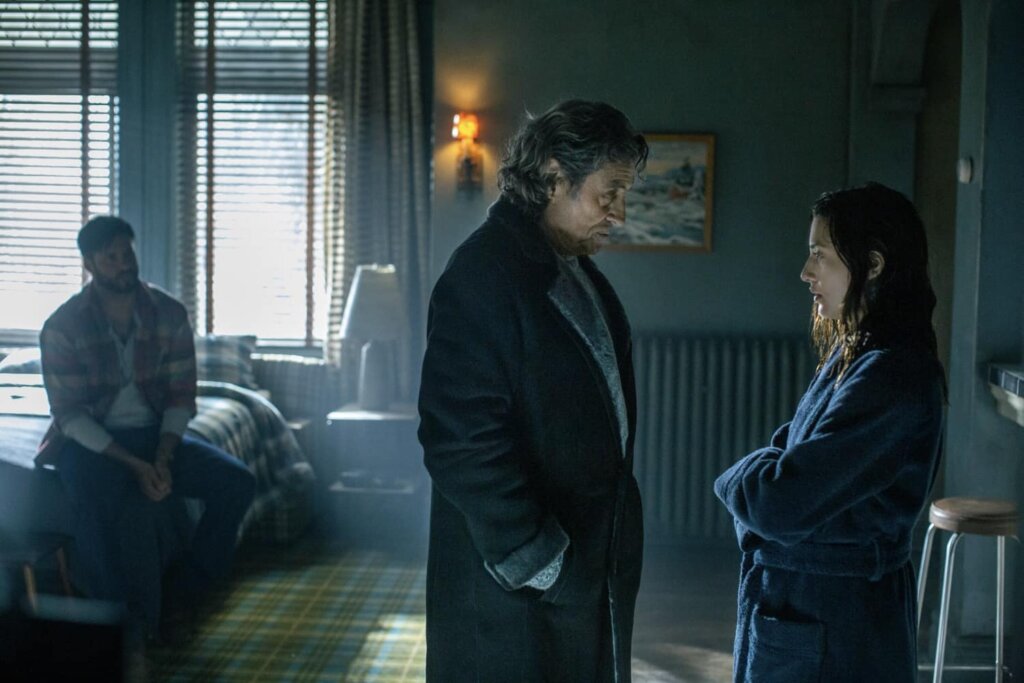 Episode 6 of American gods season 3 is titled ‘Conscience of the King’. In this episode, we saw Mr. Wednesday supporting Demeter but was failing again and again. Also, many flashback stories of them were seen. Odin and Tyre, both were in love with Demeter, but Demeter selected Odin.

But after they loose their kid, Odin leaves Demeter behind and seeks for war. After that Demeter started hating Mr. Wednesday.

Shadow was invited by Marguerite to dinner, with his sister, who turns out to be Sam Black Crow. She knows who Shadow is but was quite about that.

Technical Boy was in his own problems and trying to resolve them. Suddenly he was seen being emotional. He asked Mr. World for help, and he was also helping him out, but there are many hinta given that he is planning much more.