The Godzilla Vs King Kong

Godzilla Vs King Kong:- Kong is fond for girl this time and he can do anything to protect this girl. On the other hand, there is a stir in the sea, and Godzilla is busy in the rising atomic beam which somehow comes in front of people and  No one knows how and why Godzilla has returned and why he is creating havoc in the city. Everyone in the city knows that king kong is only one who can stop this destruction.

Kong and his fighters are set out on a dangerous journey to find their real home. She is accompany by a small orphaned girl who together forms an influential alliance. Meanwhile, he without warning gets in the way of Godzilla.

Akshay Kumar and Ranveer Singh starrer film Suryavanshi is going to be a much-awaited Hollywood film. The first Godzilla Versus Kong was scheduled to be released in theatres in 2020, but the date was pushed forward due to Covid 19. the film Suryavanshi will also be released in the last week of March. The makers plan to bring the film on Holi. The film is ready for a long time. 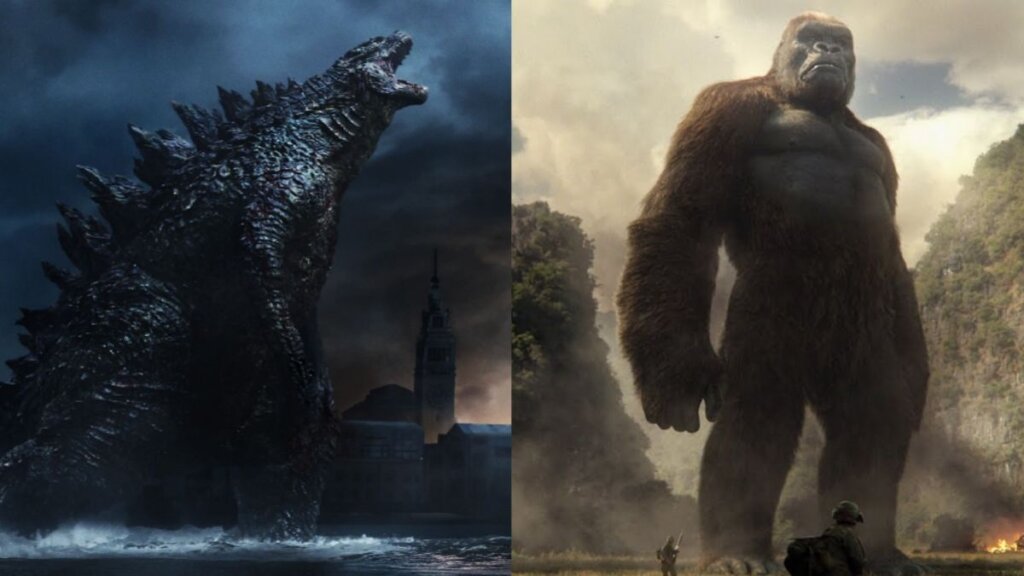 What about the trailer?

The clip of the film Godzilla vs Kong (Godzilla vs Kong) has launch. The film is going to release on the big cinema in India on 26th of March 2021. It can be guess by watching the trailer, and it shows about damage and destruction.

About the trailer of film which shows how Godzilla is going to return and will see an incredible fight with Kong,. In the film, there will be a lot of action and a fun storyAccording to its famous IMDb page, king kong vs Godzilla directed by Adam Wingard, the movie follows up to Kong: Skull Island and  Godzilla: King of the Monsters. This movie will be the 4th part of MonsterVerse and .the 12th movie in the King Kong franchise, and Godzilla vs Kong will be the 36th movie in the Godzilla franchise. Famous Eric Pearson and Max Borenstein wrote the screenplay.