WHO IS BLACK ADAM

Black Adam is a supervillain character created by Otto Binder and C. C. BeckActor. The character has appeared several times in American comic books published by DC. Black Adam is the nemesis of The Marvel family.

Black Adam is initially set to release on December 21, 2021.

The lead characters in the movie are played by Noah Centineo, Dwayne Johnson, Sarah Shahi, and Aldis Hodge. The plot is yet unknown but the movie is set to be a spin-off from the movie “Shazam!” focusing on the anti-hero, our hero,  BlackAdam.

THE ROCK AS OUR BLACK ADAM

The audience has been waiting with bated breath to see Dwayne “The Rock” Johnson is the ancient Egyptian antihero.

Dwayne Johnson was supposed to play the character as a villain in a 2019 motion picture starring Zachary  Levi “Shazam!” which is a David F. Sandberg’s movie in addition to a character in the earlier draft of The Suicide Squad (2016).

But due to The Rock’s stellar stature in the movie industry, it was suggested that the former WWE star must act in a solo star movie that is supposed to 5000 years after the imprisonment of the warrior ruler of Kahndaq. 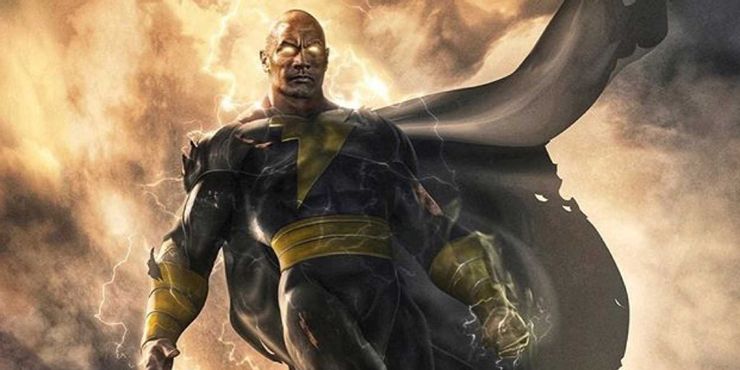 The movie has been in news for quite a long time. It is believed that the movie would have been in the post-production stages if it were not for the coronavirus. It took some time for the production of Black Adam to start after multiple set-offs. It was planned that the filming would start in the month of July 2020 and release it by the last week of December 2021. But then due to the pandemic, things kept on postponing and has to be pulled off the calendar for an indefinite period of time, until last year. The movie took the speed of flash in terms of progress.

Hiram Garcia, the producer of Black Adam, confirmed that the filming will begin in April 2021.

All the reshuffling in the dates of release of the movie had put the DC fans in fear. They were worried about the fact that maybe BlackAdam would never hit their screens. Later, Johnson came to their rescue and eased all the apprehensions. He claimed that the film is a work in progress and will begin with production in spring 2021.

On March 2, 2021, Hiram Garcia stated that BlackAdam was back in a moment. Hiram is currently the President of Production at Jonson’s Seven Bucks Production. The filming will begin in the month of April. He said that he is very pleased with the fact that regardless of all the problems they are back on track. The crew has managed to make everything fall in the right place. He assured that the film is now moving in the right direction with great speed. Finally, the fans would see Black Adam on their screens.