If you are a mecha anime series fan then you must have already watched or at least heard of Knights And Magic, aka Naitsu No Majikku series. As soon as season 1 released in 2017, it had taken instant popularity. And since then fans are waiting for Knights And Magic Season 2. In recent times it is one of the most wanted anime sequels.

Knights And Magic(Naitsu No Majikku)  is a Japanese realistic romance and fantasy light novel series written by Hisago Amazake-no and illustrated by Kurogin. The anime adaption was done in 2017 by Studio 8bit (Eight Bit). The anime series was thirteen episodes long and gained a lot of popularity in very little time. Its first episode was released on July 2, 2017, and ended in September 2017.

The main story is about the protagonist Tsubasa Kurata, a software engineer and hardcore mecha otaku who was reincarnated in a fantasy world after his death from a car accident. The fantasy magical world, Fremmevilla Kingdom is full of big robots called Silhouette Knights. In this world, Tsubasa was a child and renamed Ernesti Echevarria. He also has magical powers now. He took admission to an elite magic institution to improve his magical abilities. The world is full of demons. So he wanted to be the best so that he can be a mecha pilot someday and save the world from demons. Later he made his own Silhouette Knight and pilot it.

Knights And Magic Season 2 All News

In the last few years, there were many rumors that Knights And Magic Season 2 is coming. But the truth is that all of them turned out to be fake news. The fans are waiting for this since 2017. But despite this much demand, the creator’s Studio 8bit is mute about the sequel. But they have not even told that season 2 will never gonna come, so there is some hope. We know that some of the great anime series sequels were released even after 4 years like ‘One Punch Man‘ and ‘Attack on Titan

Advertisement
‘. So there is some waiting window left for the fans of Knights And Magic. Also, the first installment of this series got an impressive 7.2 ratings in IMDB and 7.1 in MyAnimeList. 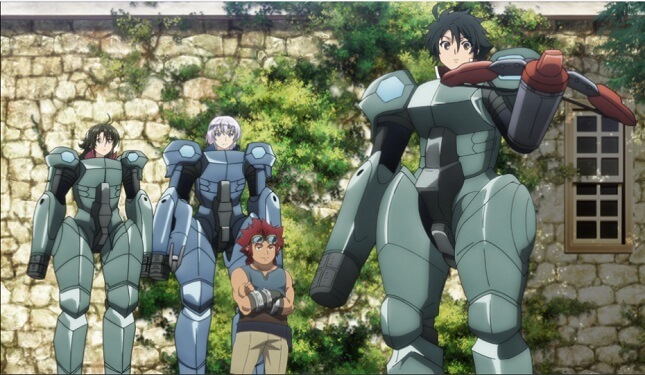 Is there enough content for Knights And Magic Season 2?

Hisago Amazake-no, the author of the light novel which is the backbone of the anime series started writing the novel in 2013. And released a total of 9 volumes up until now. But for the making of Knights And Magic season 1, 7 of the volumes were used. So we think that there is not enough content for season 2.

Is Knights And Magic Season 2 coming in the future?

The answer is it depends. The first season got good reviews and ratings all over the world. And after about 4 years still, it has enough demand. But the main problem is that there is not enough content to work with. So the anime creators, Studio 8bit have to wait for more volumes to come from the writer. Or they have to make their own storyline. So eventually time will tell that Knights And Magic Season 2 is coming or not.