Full results from the March 10, 2021, WWE NXT episode with a TakeOver-worthy card: Three Championship games on the schedule.

On the schedule for this episode of WWE NXT, almost a TakeOver card: Finn Bálor and Io Shirai defend their titles, and another unexpected championship match is added to the card.

William Regal welcomes us in the ring to start this episode and reveal the two important announcements: the first is the next NXT TakeOver.

It is therefore confirmed: titled Stand and Deliver, it will take place over two evenings as the rumors announced: one on television (USA Network), one on WWE Network / Peacock.

The second announcement, it comes to do justice to Dakota Kai and Raquel Gonzalez. The two winners of the Dusty Rhodes Tag Team Classic women’s tournament are called to join it: thanks to their victory and as a consolation prize after the screwjob to which they were victims last week from Adam Pearce, they are named the first champion by the NXT team.

The women’s team titles are officially launched, and two challengers do not take long to make themselves known: Shotzi Blackheart and Ember Moon will face them tonight for the belts. 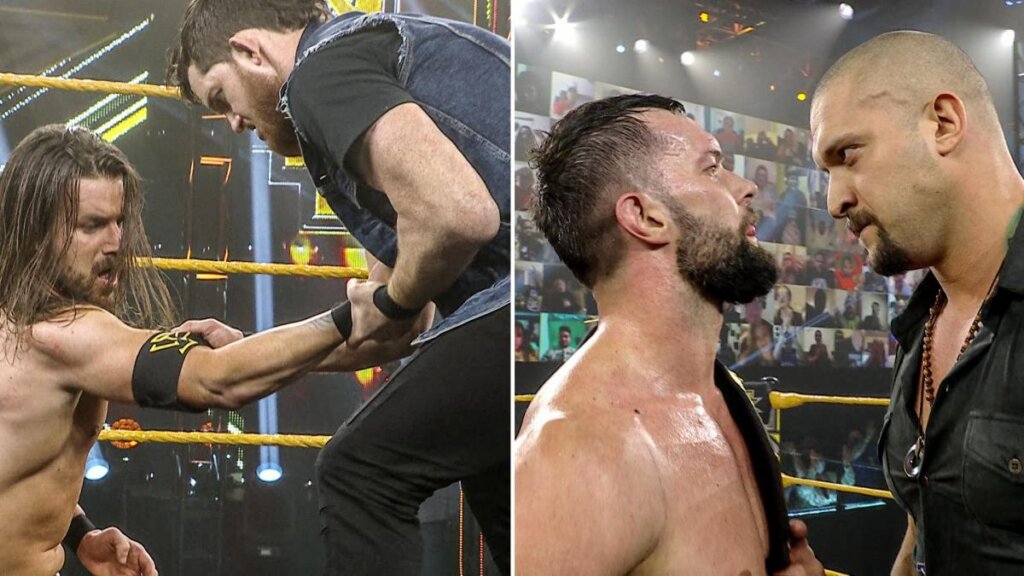 It Wasn’t Toni Time Yet

We stay in the women’s roster with the first championship match of the evening: Io Shirai defends her NXT champion belt against Toni Storm.

Io Shirai defeated Toni Storm by submission with a Crossface. Nice match, but we hoped it would finally be Toni Time.

A little promo from champion Finn Balor who speaks directly to Adam Cole telling him that he beat him to become champion and that he intends to beat him again to stay that way.

Pete Dunne subjugated Jake Atlas with an armbar after working Atlas’s arm well and breaking his fingers. Classic English match whose shape goes less and less with his head. But still hats off to the transformation.

Pete Dunne, surrounded by his buddies Oney Lorcan and Danny Burch, takes the microphone after the match to remind us that he is the best technician in the ring and dares anyone to come up against him.

Also read: The Flash season 7: Episode 3, Iris Plunged Into A Coma In The Promo Video