Rover Perseverance of the US space agency NASA landed successfully on the surface of Mars on February 18, 2021.

“Touchdown confirmed”: The NASA-Rover Perseverance landed successfully on the surface of Mars on February 18, 2021 at about 10 pm Central European time. Shortly after his landing, he sent his first pictures back to Earth. This is the beginning of Perseverance’s mission: Perseverance is to explore Mars for at least one year. Note that this is a Martian year that is about 687 earthly days long.

In July 2020, the US space agency sent the space probe Perseverance into space – now the Rover Perseverance is there, in Jezero crater on the red planet. Between this once water-filled impact crater of a meteorite and the NASA space probe, Perseverance was a nerve-racking challenge after the long journey: landing on the surface of Mars.

Eleven minutes to Mars and back

Landings of NASA-Rover Perseverance on Mars are always connected with tension and, above all, stress. Strictly speaking, no one can be present at the landing life, even the US space agency NASA. The reason for this is the great distance of Mars from Earth. Signals to Mars from Earth travel at the speed of light, but it still takes over eleven minutes to reach the red planet. Conversely, it is the same. To send a signal to Perseverance and then get the probe’s response is approximately 22 minutes waiting time. That’s why NASA didn’t find out until 9:56 pm that the landing was successful. At that time, however, Perseverance had already landed safely on Mars. 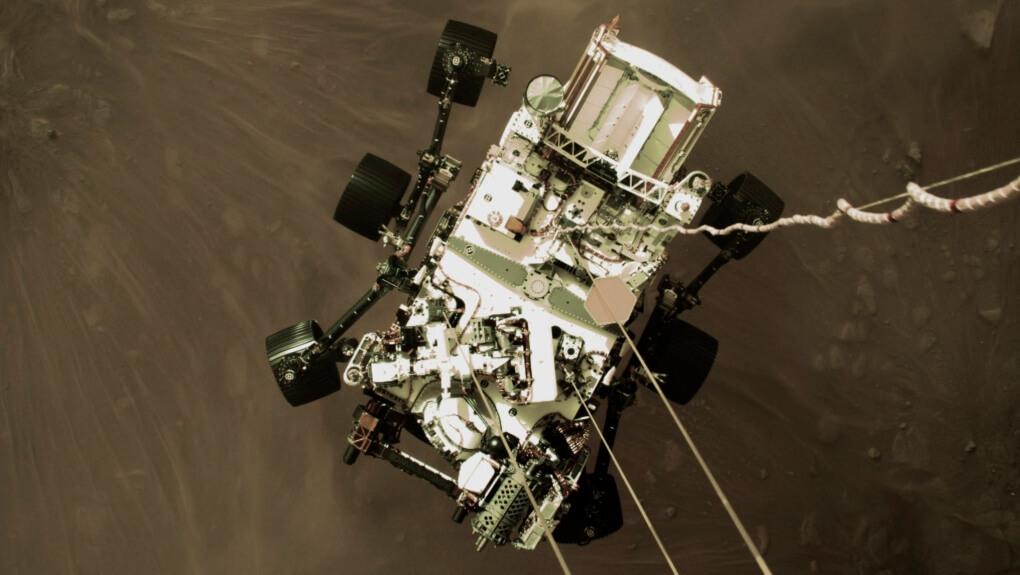 Seven minutes of the horror of  Rover Perseverance  landing

A landing on Mars takes about seven minutes. However, this also means that the space probe Perseverance had to execute the landing fully automated: the entry into the atmosphere of Mars, the landing approach, and the actual landing. The signal of success or failure of a landing on Mars only arrives on Earth when everything has worked – or when it is too late. So the space agency also calls this process “seven minutes of horror.”

After the successful landing of NASA-Rover Perseverance the actual mission of Perseverance is only beginning. The Mars Rover is supposed to search for clues to life in the Jezero crater. Perseverance is also intended to collect rock samples collected by further space probes in a few years as part of a Mars Sample Return program. Also on board is a small helicopter called “Ingenuity,” which performs flight tests in the fragile Mars atmosphere for the first time as a technology demonstration.