In the Army of the Dead, Zack Snyder will take us to the city of Las Vegas, where there has been a zombie outbreak. There, in the quarantine zone, a group of mercenaries under Baptist command will have to survive to perpetuate the “biggest robbery ever attempted.” The film promises action, zombies kicked (without reaching the end of theWorld War Z’) and a post-apocalyptic atmosphere worthy of a production like this.

Army of the Dead Trailer

Finally, we have an official trailer for the Army of the Dead, Zack Snyder‘s new film for Netflix. It is a highly anticipated title in which Snyder, who is soon awaiting his ‘Justice League’, is coming back to his origins, as his first film was ‘Dawn of the Dead’. As we can see in the video below these lines, ‘Army of the Dead’ will premiere on Netflix on May 21.

Army of the Dead Cast

The script is left in Snyder’s hands, Shay Hatten (which we will remember from ‘John Wick: Chapter 3 – Parabellum’) and Joby Harold (from ‘King Arthur: The Legend of Excalibur’).

For the lead character of Army of the Dead, Zack Snyder’ reached Dave Bautista, an actor from the Guardians of the Galaxy who first said No to Snyder, but after some time, he read the script. It was a lot interesting, and the hand had more layers than he thought. And also, to be rather honest, Dave Bautista wants to work with Zack. 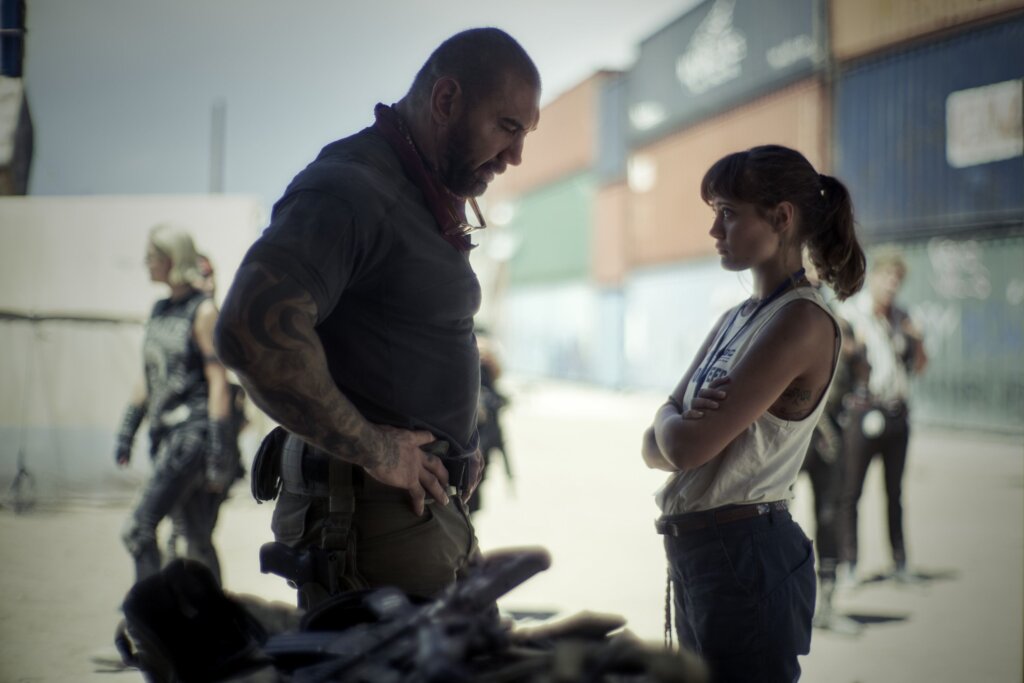 With this film, Snyder somehow comes back to where he started, as he was the director ofDawn of the Dead’, his first movie and one of the most well-known. Snyder talks to Warner about the plan, but as she explained in an interview that, “they didn’t want to spend so much money on a zombie movie, or they just didn’t take it seriously.” Netflix, however, did like the idea.

In Snyder’s own words, ‘Army of the Dead’ is “unleashed, a film of zombies and extreme muggings, a great mix of genres. That’s what you would expect from zombie chaos, and you’re going to have it, 100 percent.” It was not a problem-free film, as Tig Notaro had to film some scenes to replace Chris D’Elia over allegations of sexual harassment.

Army of the Dead – Release Date

Army of the Dead is going to release On the OTT platform on May 21, 2021, on Netflix. We still have to wait for some time to see the army of Dead from Zack Snyder. This is going to be a massive launch for Platform