Daredevil is an Action fiction based on Matt Murdock, a blind lawyer. He helps innocent people legally in the daytime and protects them from criminals in the night by being a Daredevil. The show aired on the TV for the first time in 2015, and by 2018 three seasons were launched. It was a super-hit web series with an IMDb rating of 8.6. But later, Netflix and Marvel TV dropped the idea of drop the show in 2018. There are, as such, no specific reasons why they cancel Daredevil season 4.

Here’s an interesting fact, before Netflix decided to cancel the show. Erik Oleson, the Writer of Daredevil season 3, announced that they had already pitched the 4th season. This news was followed by Executive Producer Sam Ernst’s tweet, who said that the Writer’s room is already ready, and they are mapping the fourth season.

But they had face disappointment when they learn that Netflix and Marvel TV decided not to have any other seasons of Daredevil. 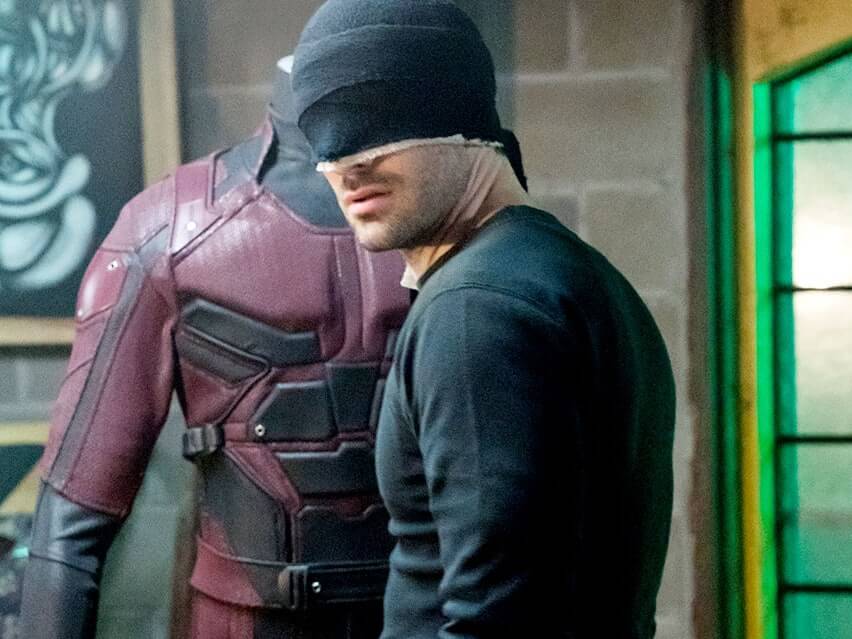 Daredevil Season 4 – After that, as usual, fans started campaigning that they want the show back. The whole situation heated up on 4th April when Nonu Sarnadas, a digital creator, came up with Daredevil’s marvelous poster. The poster shows the Avengers Tony stark building in the back. But the main thing to see in that poster at that it focuses on Disney +, not on Netflix, so there might be a chance that we will see Daredevil on Disney Plus. And also, Netflix right over the show had already expired in November 2020.

There is, as such, no official news; if we get anything, we will definitely provide you with updates. Stay tuned.