The timeline of MonsterVerse starts billions of years ago, back then human civilization did not exist. Due to exposure to radiation, all kinds of monsters existed back then. These monsters feed on the energy of the radiation. One day, an asteroid struck the surface of the earth that killed most of the monsters. Radiation was reduced in the atmosphere due to that asteroid. Monsters could not survive because there was less radiation to feed off of. The remaining monsters went into hibernation. Monsters like Godzilla hibernating close to the Earth core got their energy from the radiation of the Earth’s core.  Humans started to evolve due to less radiation, slowly started to populate the Earth. But titans like Godzilla were still alive and humans needed to protect themself so they started worshiping them. Some humans could communicate to those titans like monsters through sign language. soon that communication method changed to telepathy. With the help of telepathic power, humans made those monsters their slaves. After being slaves of some humans these monsters started to fight back, which eventually started the “titan war”. During the titan war, the temple of Godzilla under the ocean was destroyed.

An unknown event occurred which stopped the war. This unknown event killed many humans and monsters from the surface of the earth.  This event was later called CATACLYSM. After the cataclysm, humans started living on the surface of the Earth and monsters started living in the hollow Earth. It is known that monsters used tunneling cave systems connecting the Earth from the hollow Earth to go anywhere on the Earth. Due to staying in the hollow Earth for too long, their body morphology changed and evolved like skull crawlers’  sense of hearing and smell evolved in a drastic way and more changes like less body hair, thickening of the outer skin. But there is no change in the body morphology of the Kong because Kong never went to the hollow Earth and he is human-made.

List of Monsters that appeared in the MonsterVerse Movies:
Advertisement 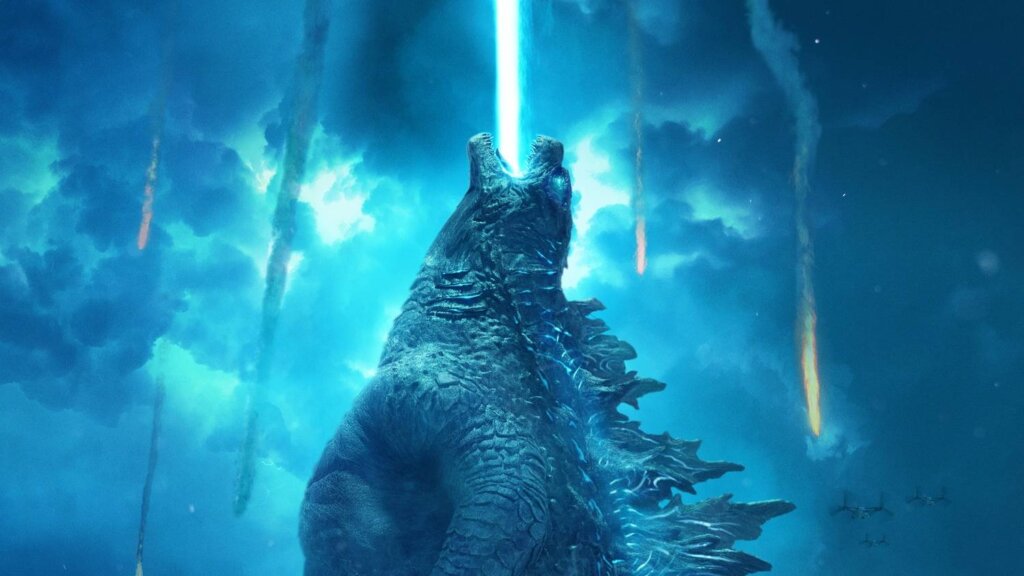 Godzilla is also considered as a “MUTO”. His scientific name is “Gojira”. Godzilla spends half of his life on land and water. Godzilla can breathe underwater and swim very fast by using his crocodile-like tale. Godzilla can spew out atomic breath which looks like a fiery-shaped energy beam. 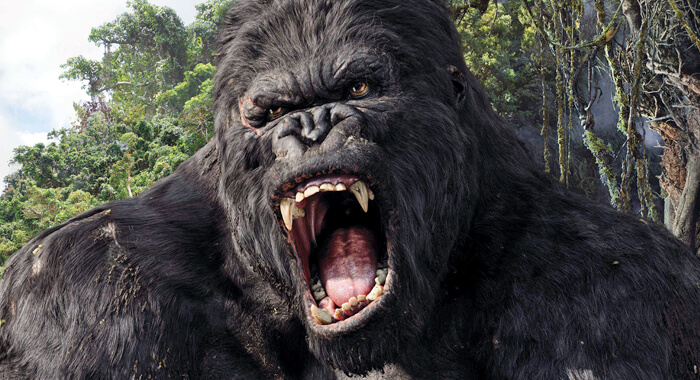 He was named Kong by the people of Skull Island. Kong evolved into an ape-like superspecies throughout time. He is the only known surviving member of his kind. He can climb anything whether it is a mountain or building of any sort.  He can also communicate through sign language. Kons is known as an intelligent being with great body durability and stamina. 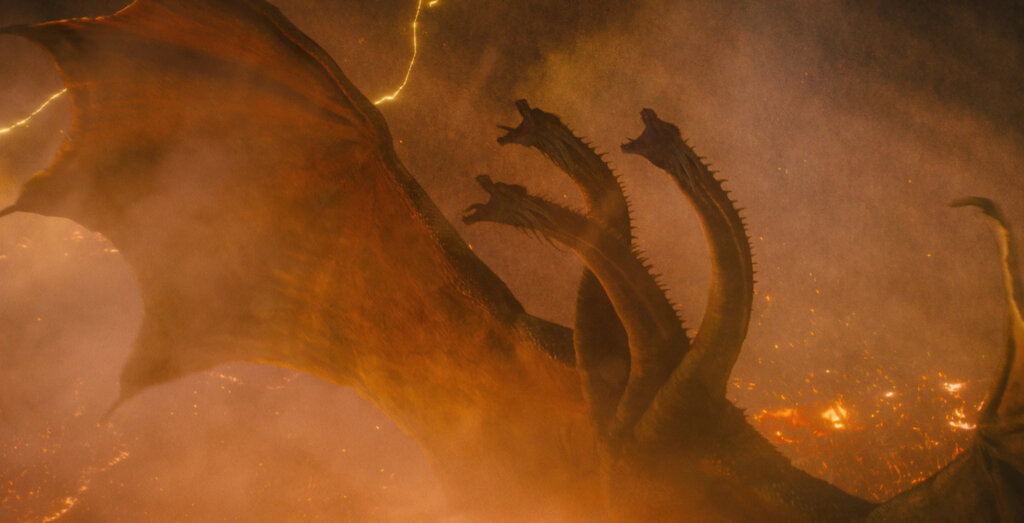 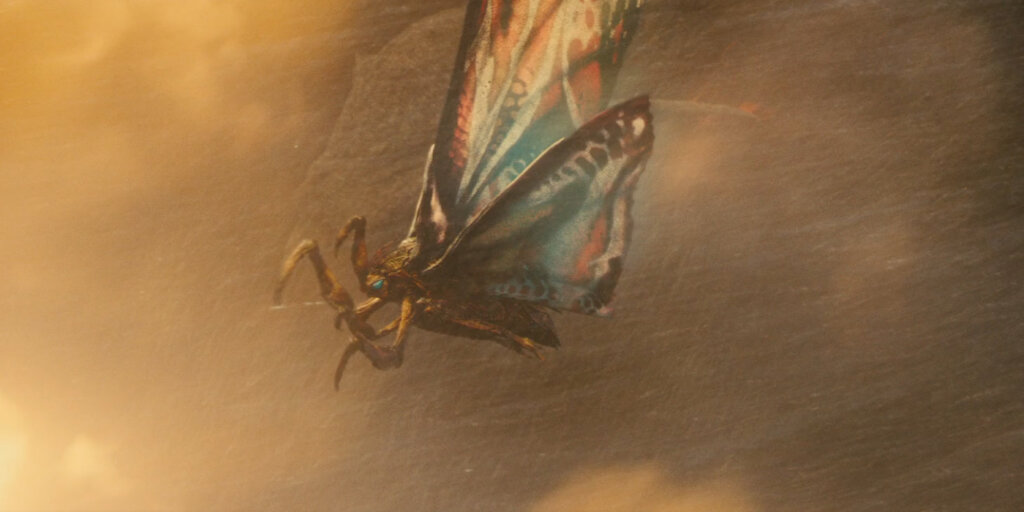 Also known as Queen of the Monsters. It was first seen in the post-credit scene of Kong: Skull Island and we saw him in the movie Godzilla: King of the Monsters. Many tribes worship her as the God of Resurrection. 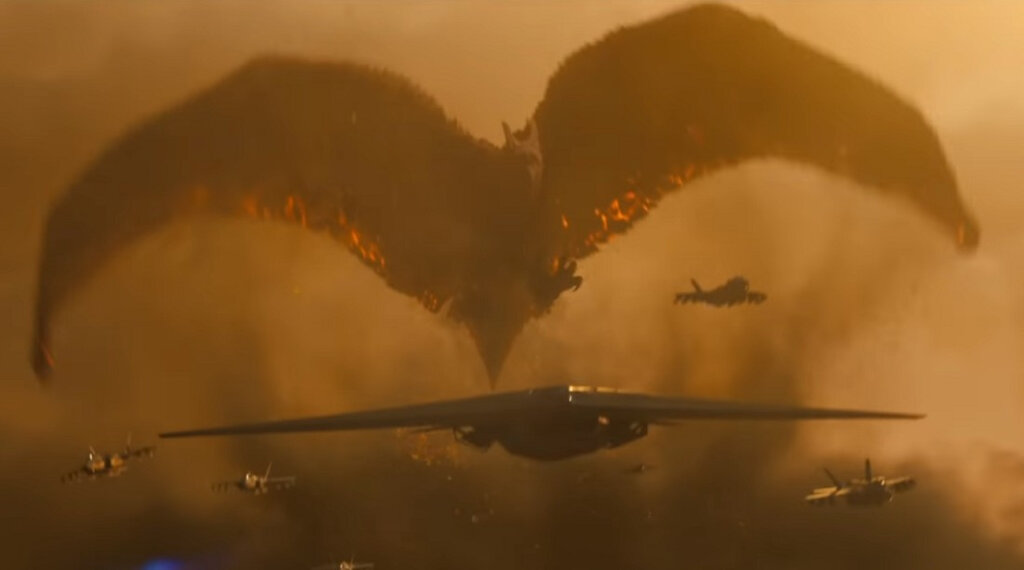 Rodan is also known as The Fire Demon. It was also first seen in the post-credit scene of Kong: Skull Island. He returns in the movie Godzilla: King of the Monsters. He is the heaviest version of the character with the greatest wingspan. 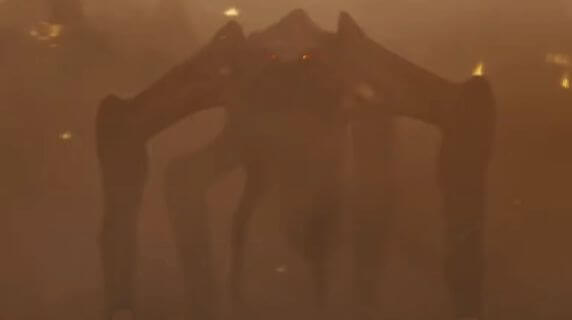 Muto stands for Massive Unidentified Terrestrial Organisms. Muto was seen in both parts of the movie (Godzilla) of MonsterVerse. They have the power of producing an electromagnetic pulse, both the male(Winged MUTO) and female(Eight-legged MUTO) Muto exist. 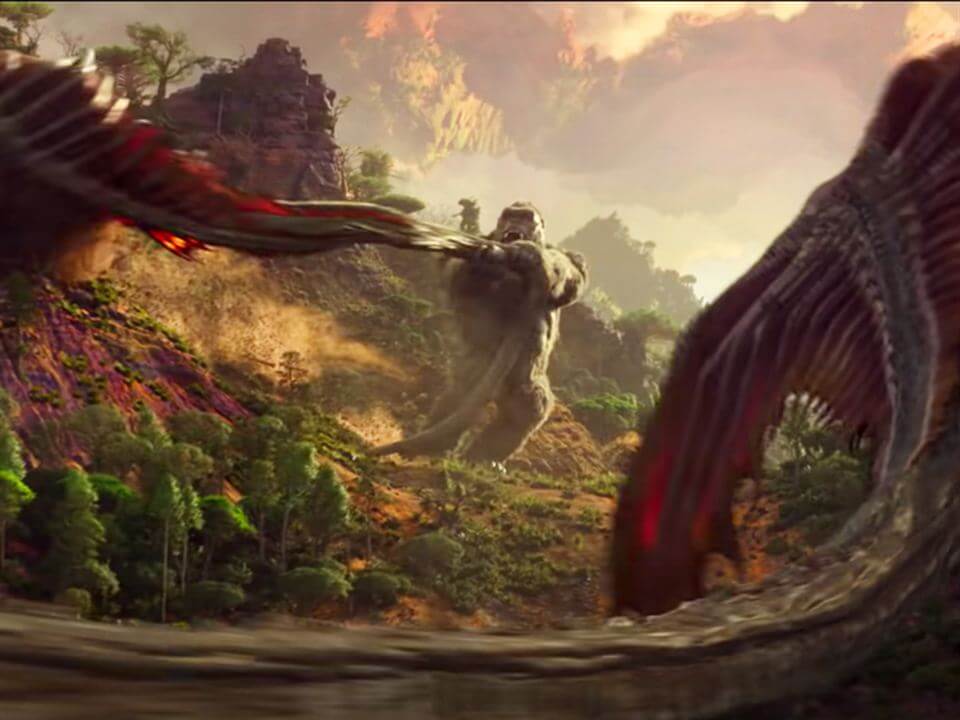 First appeared in the movie Godzilla vs. Kong. Warbat has membranous wing-like hoods which help him to fly. His body is durable enough to survive hits from Kong. He can use his wings to spray venom on his enemy. 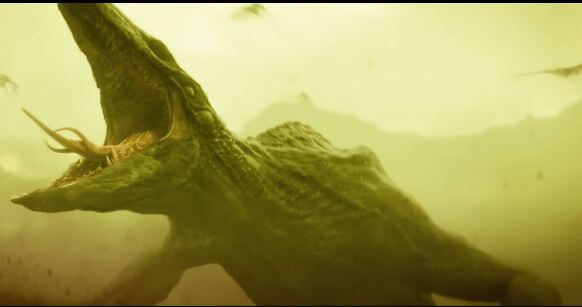 They are large reptilian-like creatures. They are species of super-predator titans that attacked Skull Island. It was first seen in the movie Kong: Skull Island. They are also intelligent creatures. they can run very fast even with two long forelimbs. Skullcrawler can sense hot-blooded creatures from miles away with the help of its olfactory system.

They are also known as Arachnida Acidosasa. They first appeared in the movie Kong: Skull Island. Mother Longlegs has the ability to Camouflage. It is equipped with crab-like pincers and Mother Longlegs legs are filled with poison. She can fire webbings to slow down their victims. 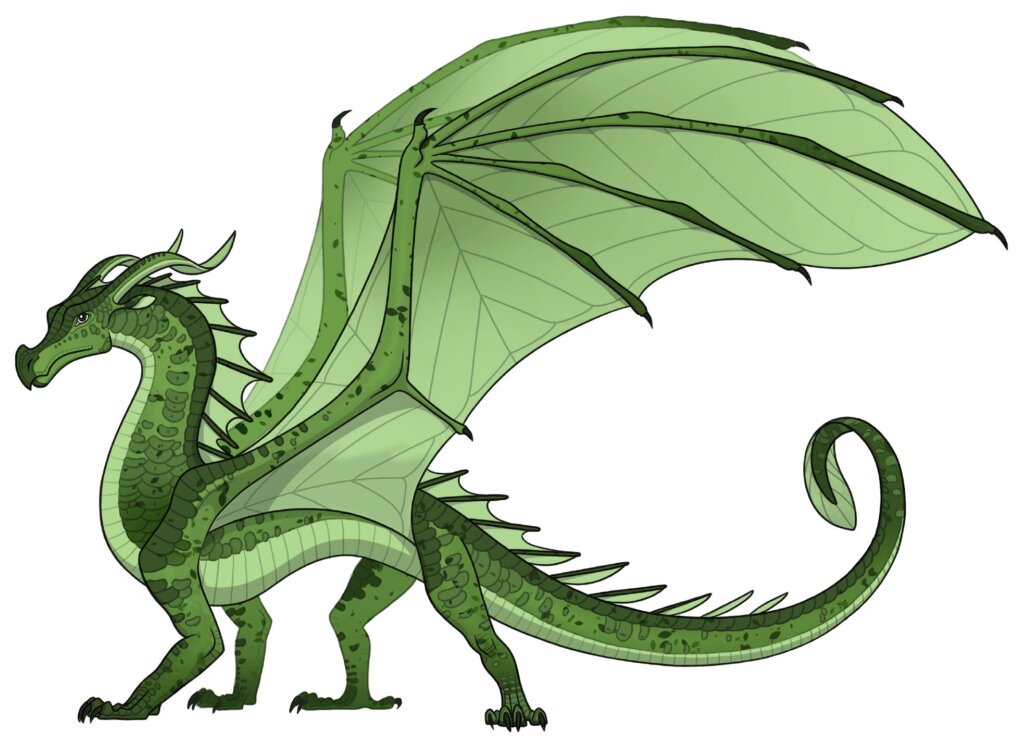 It is a species of avian reptile monster. This monster was first appeared in the movie Kong: Skull Island of MonsterVerse.
Advertisement
They have rostrum-like horns on their foreheads. They kind of look like a bat. They have green-colored wings which help them in camouflaging. They have thermal vision and their wings also have spikes that contain an anesthetic agent. 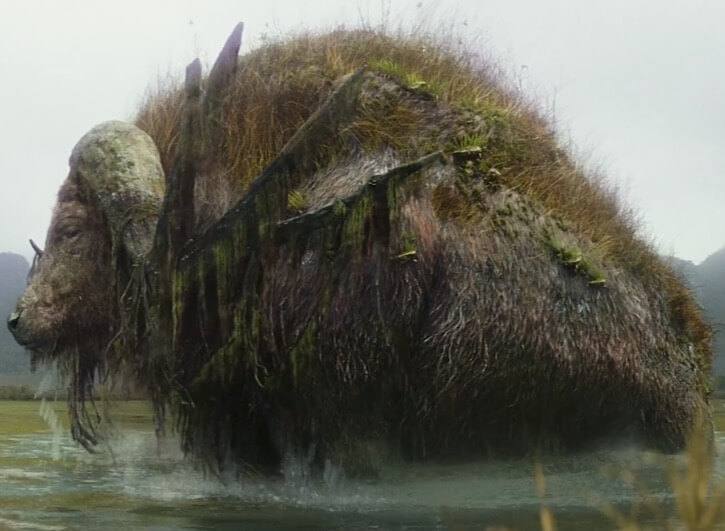 Sker Buffalo looks like a huge water buffalo monster. It first appeared in the movie Kong: Skull Island. It has incredibly huge horns. It can stay underwater for several days and its coral-shaped surface of the body allows him to Camouflage.

It is a giant cephalopod kaiju, it has a rounded bulbous-shaped head that kind of looks like an octopus. His whole body is of red color. It is considered to be a creature of the Gigantus Leviapus species. It first appeared in the movie Kong: Skull Island. Mire Squid has many tentacles. He can spew superheated black ink which can boil its prey. 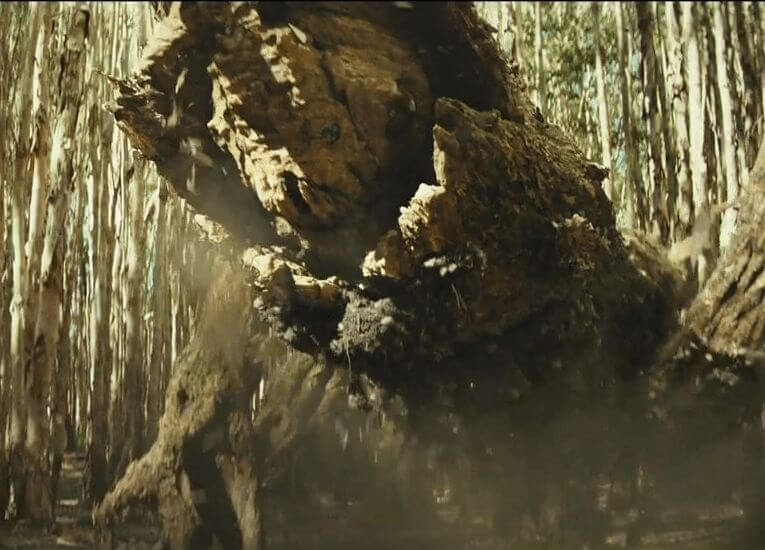 Spore Mantis is a giant parasitic insect kaiju. It is considered to be a creature of the Phasmid Sylas. It first appeared in the movie Kong: Skull Island. His body and limbs resemble fallen trees. It can camouflage very easily with its tree-like shape. 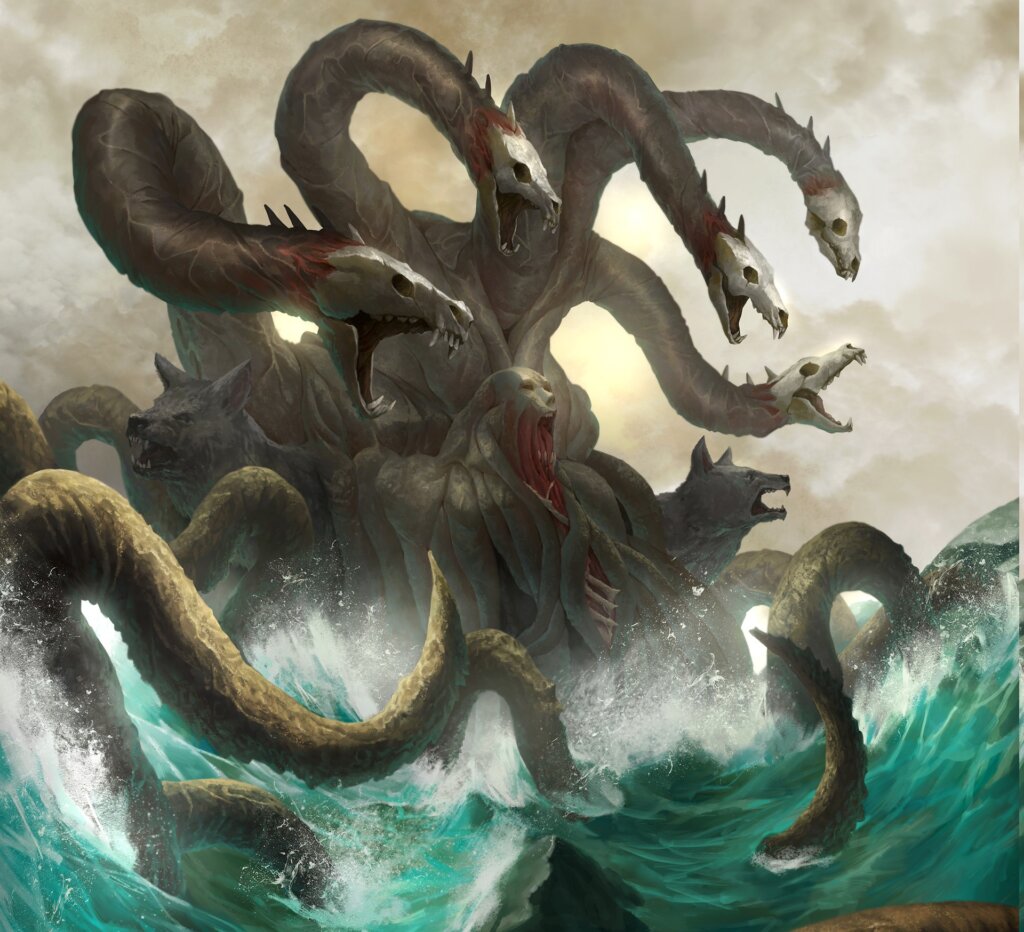 Scylla is a Titan that first appeared in the movie Godzilla: King of the Monsters.  It s was discovered in the Arizona desert by Monarch. Scylla is considered a destroyer and also a titan scavenger. Scylla can manipulate temperature through unspecified means. She has a shell on her outer body which works like armor. 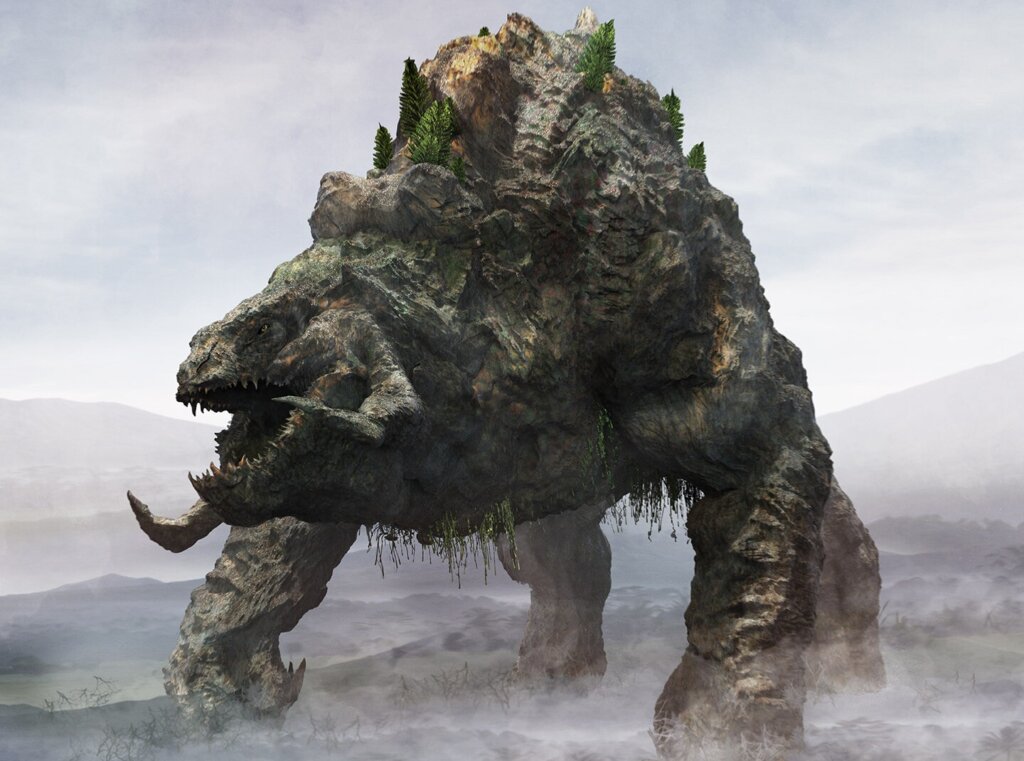 Methuselah is a Titan that first appeared in the movie Godzilla: King of the Monsters of MonsterVerse. He was discovered by Monarch in Munich, Germany. He has massive horns on his head which can destroy anything. He can camouflage himself as an island, an iceberg, and a small mountain. Methuselah is a species of Titanus Methuselah.
Also read: Is cloud gaming the future of gaming?
Advertisement