Fans are really excited for Fruits Basket Season 3 Episode 3 as season 3 has recently returned after season 2. Fruits Basket is an adaptation of Japanese manga series. The anime series is directed by Akitaro Daichi and written by Higuchi Tachibana. The first episode was premiered on 5 July 2001 on TV Tokyo.

Fruits Basket Season 3 Episode 3 will be released on upcoming Tuesday, April 20, 2021, at 1:30 AM JST. The titles of Episode 3 are not revealed yet, we will update you as soon as the creators reveal the title.

Where to Watch? You can watch All episodes of Fruits Basket season 3 on Funimation, Crunchyroll, and AnimeLab. And other seasons are currently streaming Hulu, Crunchyroll, And Funimation.

The episode starts with Akito Sohma dreamed about the talk with Shigure when Akito asked him if he loves her. At that time Akito is a little girl. Shigure asks her if she walking around the house asking everyone that. Akito tells that she is the only one who is asking questions here. It seems that Shigure is pretty annoyed by the question but without expressing his true emotions he gives a flower to Akito and says he cares for her more than everyone else and at last says he loves Akito. Then Akito wakes up and she was in bed with Kureno Sohma. 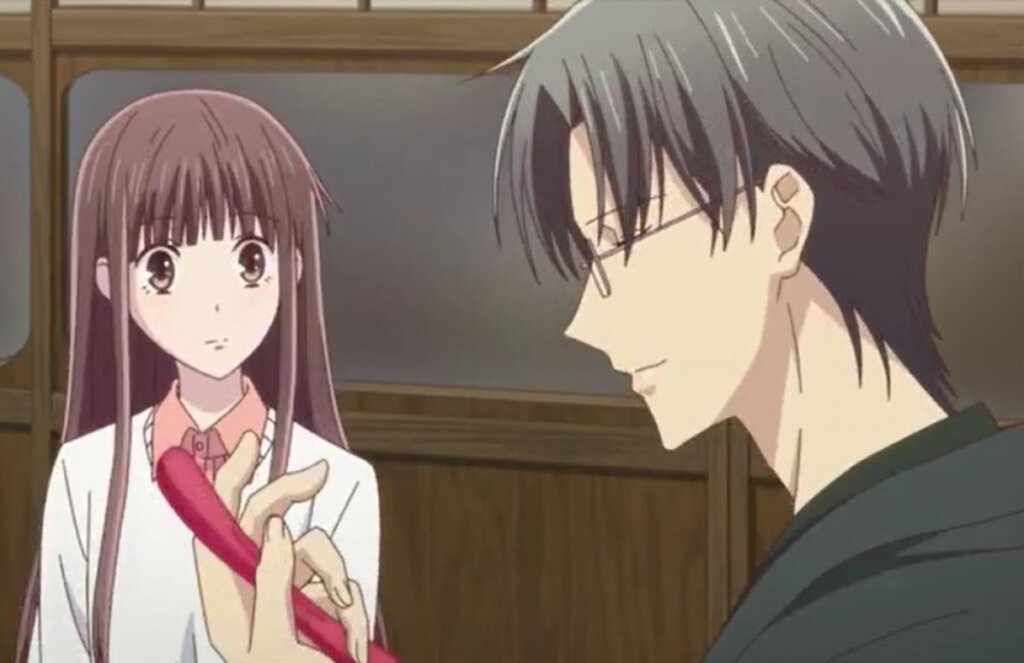 In the next scene, we can see Tohru Honda making paper flowers and watching that Shigure asks her if those are for school. Tohru replies, yes those are for the upcoming graduation ceremony. She also tells that her class is in charge of the flower decorations. Shigure tells that three of them will be going to be seniors soon. Then Shigure tries to make one himself. Tohru wants to ask him about the secret Kureno told her before. But she stops and goes to make tea. But Shigure already knows what she wants to ask and he tells himself that it is a hard question for her to ask. She can’t decide if this question is good for her to ask or not.

Next Tohru and Momiji are talking about the graduation ceremony and they are pretty excited about the ceremony. But Momiji tells that it must be very sad for the seniors who will be going to leave the school.
At that time they find a senior who looks very sad and he says that they can’t feel his sorrow. Then Hatsuharu Sohma appears and says the senior to repeat the year to stay longer. Listening to that the senior got very angry and leaves the place. Then Tohru thinks about the secret and she tells herself that she can’t talk about that with Momiji and Hatsuharu.

At that time we can see some girls steal some of the flowers from Tohru’s class. She asks her classmate, what is going on. She got the answer that the flowers they stole were made by Yuki Sohma. And it seems those girls are Yuki’s fangirls. Then Arisa commands Kyo to make more flowers. And Kyo gets pretty angry at her for saying that. Because he already made his flowers. But when he turns around he finds that all of his flowers are also gone. His fangirls also took them away. And he is so angry that he tells that who did that will gonna go to hell. Arisa tells everyone that they will gonna track them down and take flowers from them.

On the other side, Yuki wants to help others but out of love or respect, none wants his help but thanked Yuki for asking. Yuki thinks that they should not be so polite. At that moment Machi arrived and says Yuki that she was finding him and today his pattern is odd, so she could not predict it. Yuki asks her why she is looking for him. she replies that she just wants to say hello to him. 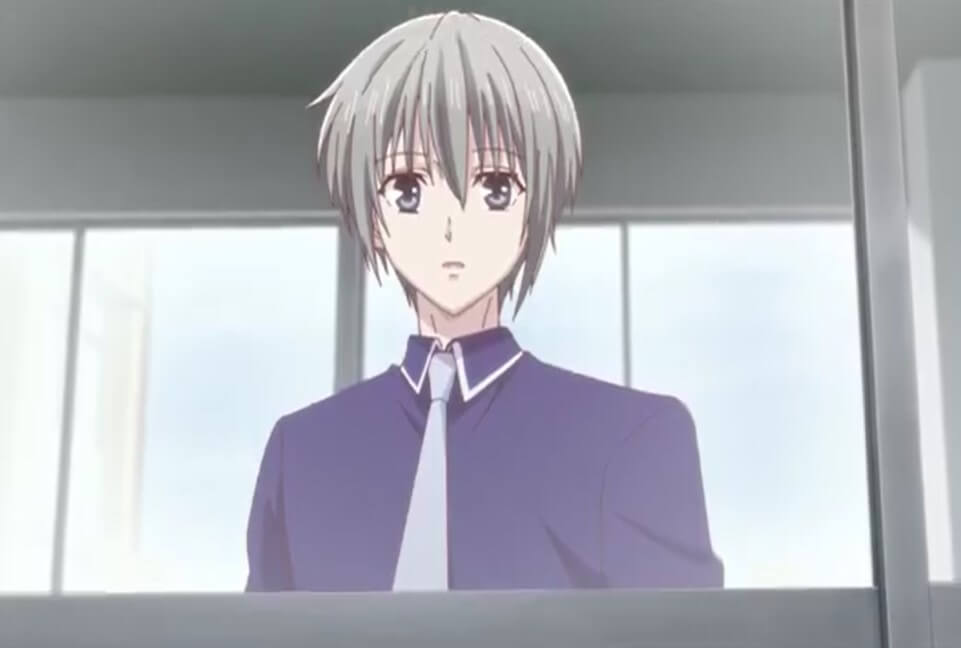 In Tohru’s classroom, both Tohru and Kyo do some small talks. Then Tohru asks Kyo what he thinks about if some of the zodiac members are free from the curse. Kyo replies that he does not know anything about that. Listening that Tohru got pretty sad. To cheer her up Kyo gives her a paper flower he made. At that time all of the classmates comes to the room and say that they captured all the flowers which were stolen.

Shigure went to a restaurant with his editor for dinner and three of them were at home, making dinner. In the restaurant, Shigure’s parents come to talk with him but he ignores them. His editor asks him to meet them and has some tea. But Shigure tells her not to do that. Also, he said his editor that she has selected the worst restaurant in the town because there is a gathering for the main Sohma family for dinner. At that moment the family head Akito arrives and Shigure leaves the place. It seems Shigure is avoiding Akito.

Next Shigure talks with Kureno about the curse on a phone call. Shigure tells, Akito doesn’t want others to know that Kureno is free from the curse so she clutches to him desperately. Kureno stayed with Akito, for that reason Shigure hates him. Kureno tells Shigure not to abandon her and Shigure is the only one Akito wants not him.

When Akito came home Shigure was waiting for her. She got pretty angry. Akito asks angrily why he slept with her mom. Shigure relies on it because Akito slept with Kureno. This made Akito mad. But Shigure says he cares for her more than everyone else. She cried and kisses Shigure.

In school, Tohru asks some of Isuzu Sohma’s classmates if they knew about Isuzu. They replied that she was mostly absent.

In this way, the episode ends.

Also read: My Dress Up Darling Manga Series Getting an Anime Adaptation