Boruto Episode 199: Boruto: Naruto Next Generations is now one of the best anime series. The previous episode 198 was a blast. Lots of amazing fighting scenes amazed us. In episode 198, the creators adapt the story from the manga series but they also improvised some scenes. Fans are really excited about the upcoming Boruto episode 199.

The episode starts with Delta finding Kawaki in the ground where Naruto, Baruto were training by her drone camera. Then Delta used her legs as a rocket and landed on the ground. Kawaki seems angry and scared seeing Delta. Naruto asks Kawaki if Delta is part of Kara. Kawaki replies she is one of the core members. Delta greets Naruto and wants him to stay aside. She has no business with him. She just wants Kawaki. Kawaki warns Naruto that every inner member is a monster. Boruto observes that Kawaki is scared so he wonders is that dangerous. Naruto comes forward and he says Kawaki is their guest now and he will not gonna let an outsider contact him like this.

Naruto warns everyone. He says Boruto to stay with Himawari and save her and asks Kawaki to protect himself. Saying these Naruto went to fight Delta.

Delta starts the fight and from her movement, we can say she is fast. Naruto dodges her kicks then he catches her legs and smashes her onto the ground. Naruto uses his power Rasengan with his hand. But Delta absorbs all of that power in her eye. And seeing this Boruto is pretty scared. Then Kawaki says him that she probably absorbed it using her specially made eyes. Naruto asks if her eyes are scientific ninja tools. At that moment a rock-like object came beneath Naruto. He dodges that pretty closely and realizes her legs are scientific ninja tools too. Delta confirms that and says various parts of her body are scientific ninja tools. Boruto seems terrified he cannot imagine that his body can make out of this kind of tool.

Seeing all these Naruto realizes that she is not that easy to fight so he activates his Karma mode and starts fighting. They did some fistfight for some time. Then Delta kicks Naruto, he defended. But at that moment Delta warps her leg and one of the parts went through the stomach of Naruto. Naruto uses his special power to break out of it. But the fragment that went through his body stayed there. Delta says that Naruto is as much a monster as her.

Naruto tries to steal information from Delta by tricking her 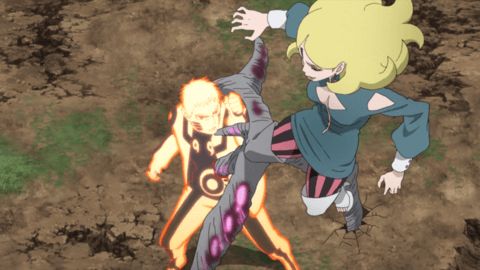 Boruto tries to come to help Naruto but Naruto orders him to stay there. Delta kicks him and it seems Naruto is hurting and not in any position to fight. Delta says she is going to kill him and his children but first she calls Kawaki. At that moment Naruto asks her why she is there and what Kawaki meant to her. But Delta realizes that he is just acting like that to extract information from her. And she is falling for it, so she takes out the fragment that went through him. And as she suspected his wound vanishes pretty quickly. But seeing that Kawaki is pretty amazed.

Delta is annoyed because Naruto looked down on her and played that kind of trick. So she is going to fight at her full potential. Kawaki knows that it’s gonna get hot there. So he takes Boruto and Himawari from there.

Naruto and Delta start fighting again. After some fists and kicks Delta uses the Rasengan she absorbed, against Naruto. He dodges it. Then they start fighting again. Boruto wants to help Naruto. But Kawaki stops him because he knew that if they interfere then Naruto cannot go all out and they will only get in Naruto’s way.

Delta starts attacking Boruto and Himawari but Kawaki stops her

Delta stops and appreciated Naruto’s power. She says Naruto got excellent combat ability and regenerative power. Listening that Naruto asks her to surrender and let his guard down. At that moment Delta shots some powerful beams from her eyes. Naruto dodges that but that was a close one. Then Kawaki says to Boruto that destructive beams were developed to counter regenerative powers.

Delta again starts fighting and this time she starts using the destructive beams. But even with that Naruto outpowered her. So she starts trying to hurt his children. She hits Boruto and catches Himawari. Boruto activates his karma and shoots a power ball at her. But from her drone, she could see it coming so she absorbs it with her eye. And then she throws Himawari up in the air. Naruto went up to save Himawari. At that moment Delta shots the destructive beams at Naruto. A cloud of smoke appears. Delta smiles but when the cloud disappears her smile is gone and she is terrified now. Because Kawaki came in front of the beam and used his karma to save Naruto and Himawari.

Boruto: Naruto Next Generations Episode 199 will release on Sunday, 16 May 2021 as stated by the Pierrot, the producer company of Boruto. As all-new episodes will release on every Sunday.

Where to watch? You can watch episode 199 of Boruto: Naruto Next Generations on Funimation, AnimeLab, Crunchyroll, and Hulu. 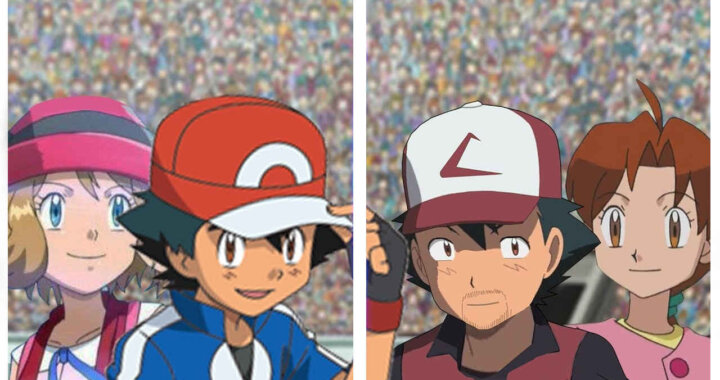 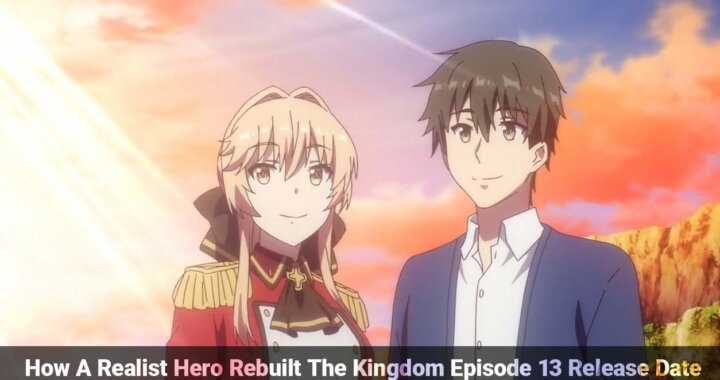 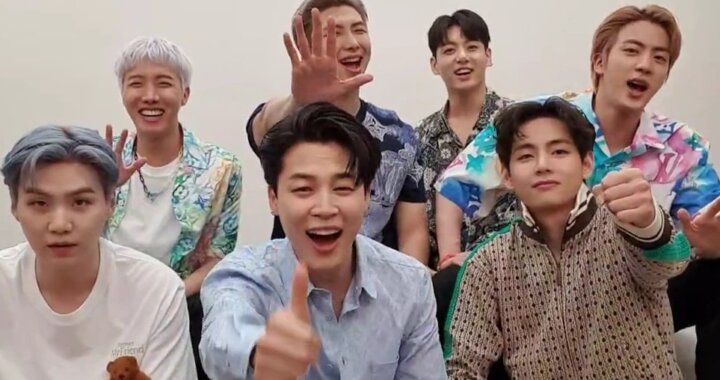