We have seen so far that Kawaki is now awake. While he was adjusting himself on the hospital bed, he saw Naruto sitting next to him. In Boruto episode 193, after seeing the trio Naruto, Kohohamaru & Shikamaru sitting in front. Kawaki tries to run, but Shikamaru used the Paralyze Shadow Technique to stop Kawaki. With no other choice cover, he tries to get comfortable. Naruto spoke that this is the second time he meets him, and he is Uzumaki Naruto, The Hokage. They also revealed that Boruto Uzumaki is the son of the Hokage. Doctor Katsake is investigating this matter. Naruto also tells the mark is known as the Karma, and it is a very influential mark as it neutralizes the opponent’s Jutsu. And Boruto has the same mark. Later, Naruto called for the Five Kage summit, and he left his clone with the boy; on the other hand, Kara is trying to get back the boy. Naruto didn’t know what Kara is planning, but there will be a lot of Hungama on the show related to Kara coming back to get the boy. 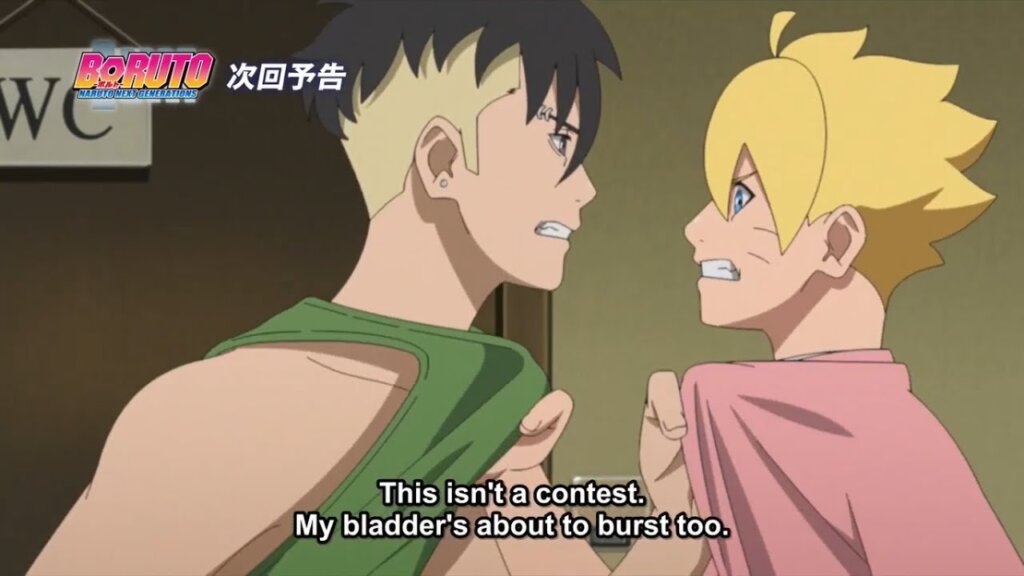 Apart from all this, Boruto goes to Mogino’s house. He felt sorry for the pet and decided to take him home. The show proceeded where naruto’s clone followed kawaki to his home. But, both arrived at Boruto’s home and where Boruto and kawaki quarreled for a long time. He said that it’s his home, but Boruto denied it; no, it’s my home. Boruto asked Kawaki what are you talking about, and he said, my name is Kawaki.

In the next episode, 194, we can see why both Boruto and Kawaki have been Karma marks. There might be a relation between Boruto and Kawaki. We can definitely see some father-son bonding scenes. Stay tuned to know more.