On Sunday morning, CBS reporter Tracy Smith went on to interview famous pop-star Demi Lovato. She was in a gym known as the unbreakable like her. She was boxing with some guy.

Tracy smith questioned her why boxing? Why not the fun activities like the Zumba or dancing? To which she replied with a brightening smile “This is fun to me. It brings out my inner dude!” Both of them laughed! Tracy got the first hint that she has totally changed, and it’s a new Demi Lovato I am talking to.

“You look like a fighter to me,” replied correspondent Tracy Smith.

Before going any further with the interview we would like to tell our readers that Demi Lovato overdosed with Heroin laced with fentanyl in 2018. Doctors told her that she has five to ten minutes. Here’s what she tells CBS:

“The doctors told me that I had five to 10 minutes,” Lovato tells CBS

“Like, if no one had found me, then I wouldn’t be here. And I’m grateful that I’m alive and I’m sitting here today.”

“mee to” added Smith with a sympathetic smile. 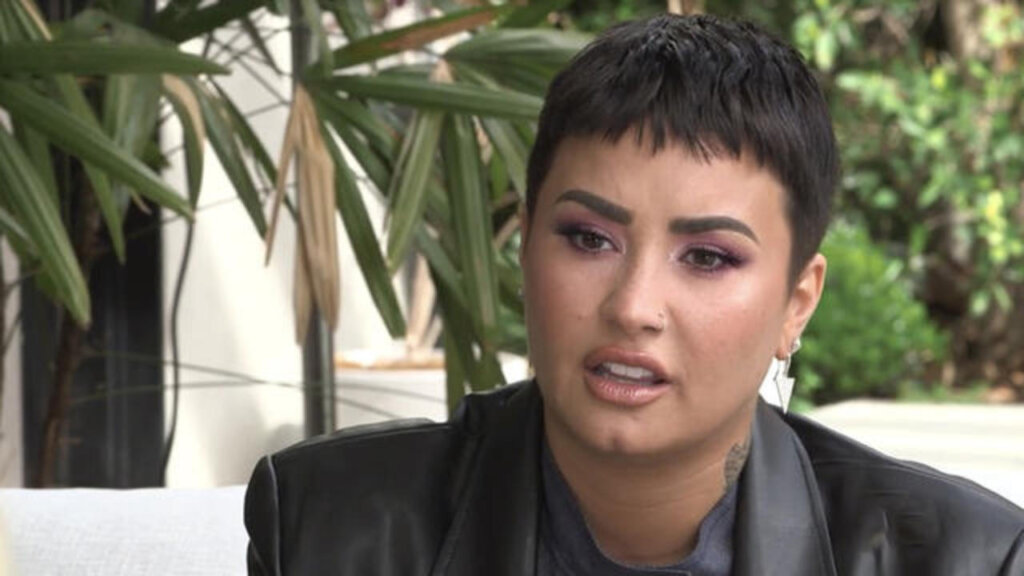 Also, four years ago, Tracy Smith took her interview. And when she mentioned her, here’s what Lovato replied:

“I gotta tell you, I mean, we had a similar conversation in 2016. What happened?” said Smith.

“I was probably 24 when we did the interview. So, we’re doing this interview, I’m in recovery from a bunch of things, and I have been sober for however many years, but I’m still miserable. And then, of course, no matter how you’re feeling in that moment, you’re wanting to say, like, ‘Yes. I’m good,’ because I’m in front of a camera, I’m doing an interview.

“It’s like I, for the first time in my life, had to essentially die to wake up.”

During the time when she was getting down in her career. Her therapist immediately understands how serious the situation is. He puts her in touch with Mike Bayer, the founder of the Cast center. And from here the healing begins. The first step taken by Bayer was to take away her freedom. She quoted it as: “Mike said hand over your phone, your credit card, your car keys, your driver’s license; and I had a curfew, I had somebody sleeping in my room with me.”

Smith asked, “How much of your life did you control?”

Today she seemed happy and confident; she also tells her that her new album “Dancing With the Devil… The Art of Starting Over…” is releasing on April 2.