Marvel Returns After a Time

WandaVision is finally here to end this drought because It’s been known more than 18 months after the last movie of marvel which is Spider-Man: Far From Home (2019)  we the last word from the Marvel Cinematic Universe is that, thanks to COVID-19. And while most important film releases like Black Widow are still uncertain, So know this WandaVision wil be the first movie from Marvel Studios of 2021′ and this will be Marvel’s first Disney+ series which will be available in India on Disney+ Hotstar

Things that have not yet been seen in Marvel movies. So the beginning of this series is something. It is in this way that Wanda has lost her brother Quicksilver and also Vision. because of Which She lives in a lot of depression. But Wanda knows th at she cannot change all this. So she decides to start a new life. But then he meets “Agatha Harkness” / Nosy Neighbor who is a Witch himself.

Agatha assures wanda that she can use her full power to support her brother and VisionWanda, which makes her very happy. Agatha teaches wanda how to do reality manipulation and timeline changes. Wanda is a special The spell creates many realities. One of which she is living happily with Vision in reality.

But later it becomes known that this is going on in everyone’s mind, which is called pocket dimension after we are shown a Nightmare who has done all this with Agatha. A nightmare which will be portrayed as the main villain in Doctor Strange 2.

After this, Agatha disappears with Wanda, whose information is given to SWORD as he shares his two officers. Which happens, Jimmy Woo and Darcy Lewis send him to find Wanda. Meanwhile Monica Rambeau gets the news that many people also have scary dreams, which would only be Nightmare’s work.

After this news, Monica sends a team to investigate. Later Jimmy Woo and Darcy Lewis realizes who Agatha Harkness is and Wanda is with him. After this, we are shown some pocket dimension scenes in which Wanda and Vision are married. They also have two twins. Their children also have power. So Wanda wants Agatha, her children. 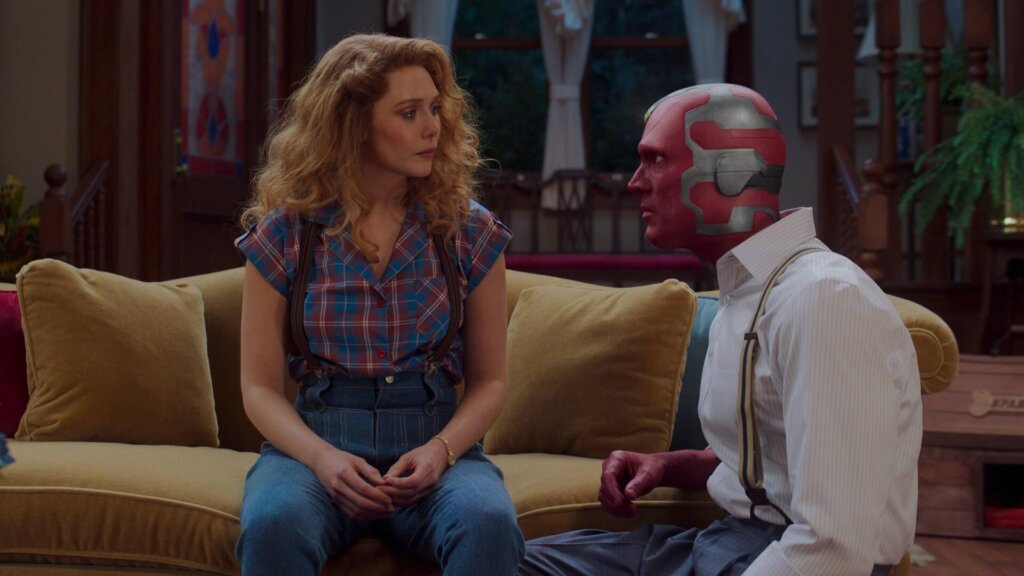 Teach them to use their full power. Wanda does not know at all that all this.Is going on in mind itself. All this was happening very fast because time was very fast in the pocket dimension passes by.The series also includes older actors who worked with Marvel Studio.

A rumour associated with WandaVision is Evan Peters, who has yet to be a Quicksilver in X men movies.

Has played the role of He can now replace Wanda’s brother in Wandavision. Kyuki Mutants and

The concept of the multiverse is also coming in MCU. So maybe it starts from Wandavision itself.