Daniel Kaluuya, the Oscar-nominated actor, hosted the show Saturday Night Live on April 3. It is a comedy show in which different actors and other great personalities come and talk about different things going around the world and lighten up the audience’s mood by cracking some jokes. Daniel Kaluuya did the same, and the show got highlighted when he asked the question, what is worse, American or British racism? A fan shouted from the crowd, “American racism,” To which Daniel answered, “Let me put it this way: British racism is so bad white people left. They wanted to be free — free to be able to invent their own kind of racism. That’s why they invented Australia, South Africa, and Boston.”

He later talked about the whole fiasco that happened in the golden globes speech. Daniel was given the best performance in a supporting role in any motion picture in Golden Globe Awards if you don’t know. But, when he started sharing his speech, something unexpected happened. His voice didn’t come out of zoom call due to a technical glitch, which created the whole fiasco. 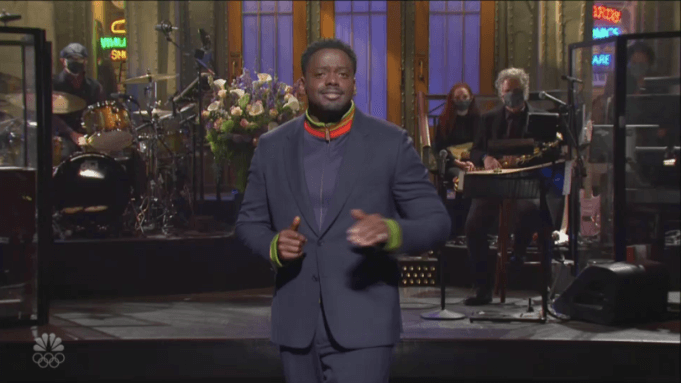 He talked about this in the Saturday night show, telling us that being muted felt like being “in a sunken place”.

And at last, he also made some smoky jokes about the blacks to lighten up the mood. It was enjoyable; he said, “My mum is one of the 22 kids, and my dad is one of the 49. My family’s sperm is literally about that life. They say Black don’t crack, but condoms do.” This gets lots of Cheer from the audience.

And in the end, Daniel ended the show by telling the story of Kenan and Kel.