“Darkhold” can be used as a synonym for magic which must not be used. We can also call it forbidden magic. In the series, WandaVision, Agatha calls it the magic of chaos. In WandaVision, the book was used by Wanda, i.e. the Scarlet Witch.

Theory:  How Darkhold Connect WandaVision And Doctor Strange 2 – This will be troubling Dr. Strange, in the future as his role is to save people from using black magic, the book. WandaVision didn’t feature Dr. Strange in the series. But later at some point of time he would realize that the book has been used as someone is out there whose power exceeds the Sorcerer Supreme.

Darkhold is a book written by Chthon, the Elder God. It was written billions of years ago. It is also known as the Book of Sins as it has a corrupting impact due to the spells written in it. The book has knowledge of dark magic.

The enchanted sheets of the book can not be destroyed. They have been spread all across the Earth. On various occasions has been accumulated again and posed by Taboo, Aelfric, Le Fay, Cagliostro, Dr. Strange, Morgan, and Gregor Russoff. 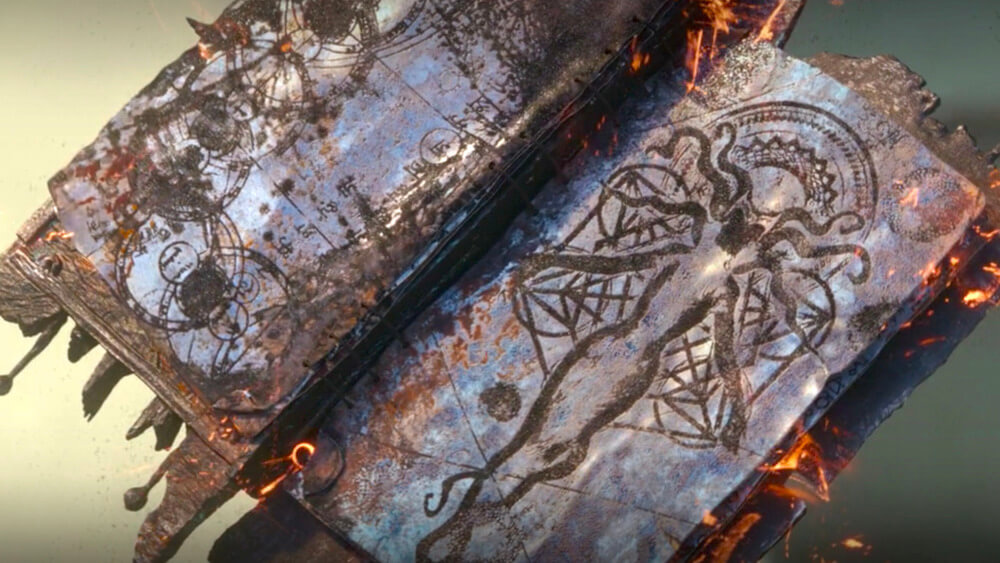 The book is considered to be the most powerful book of dark magic, even till date. It has been exchanged by other books which seemed to be alike. Those imitators were Necronomicon, Shiatra Book of the Damned, and Libro del Malditos.

The whole group of Darkholders exists to facilitate and help the usage of this enchanted book, Darkhold. Even the evil tiny being, demonic Dwarfs encourage the needy to use a page from the book. Every time a person uses the book, the Book of Sins, it costs them their life and soul.

The power of the black magic book Darkhold is beyond measure. One must have lost of power as well as will to contain the book. The book is called by various names such as, “The Book Of Sins”, “the Shiatra book of the Damned”.

The book has so much of power that even the parchment sheets which have been used in the book are indestructible. Chthon has left the book on the Earth so that the weak and needy use it in exchange of their souls. This will help Chthon being the most powerful of them all.