Boruto: Naruto Next Generations episode 195 promo video is out. In the promo video, it reveals that Naruto will take out Kawaki alongside him to show him the town and later on for flower vase shopping. Fans are really excited for episode 195. Check out the details

Boruto Episode 195: Release Date and Where to Watch

Boruto: Naruto Next Generations Episode 195 will be released on Sunday, April 18, 2021, at 5:30 PM with the title “The Flower Vase”. Boruto Episode 195 is the adaptation of Chapter 28 of the manga series.

Where to watch? You can watch Boruto Episode 195 online on AnimeLab, Crunchyroll, and Funimation.

At the starting of the episode, Hinata throws a broken vase. Himawari still feels bad and upset. But Hinata ensures that it’s all right. Her thoughtfulness that went into making it is what counts the most. This cheers Himawari up.

On the other side, Boruto and Kawaki have to use the restroom and they are fighting over it. But it’s already occupied as Naruto is currently occupying it. So they go and take their business outside. They go to the back of their house and Kawaki calls Boruto shrimp and they immediately start fighting. They activate their karmas and they’re about to throw down and for the first time and maybe last time however one of naruto’s shadow clones intervenes and stops them. 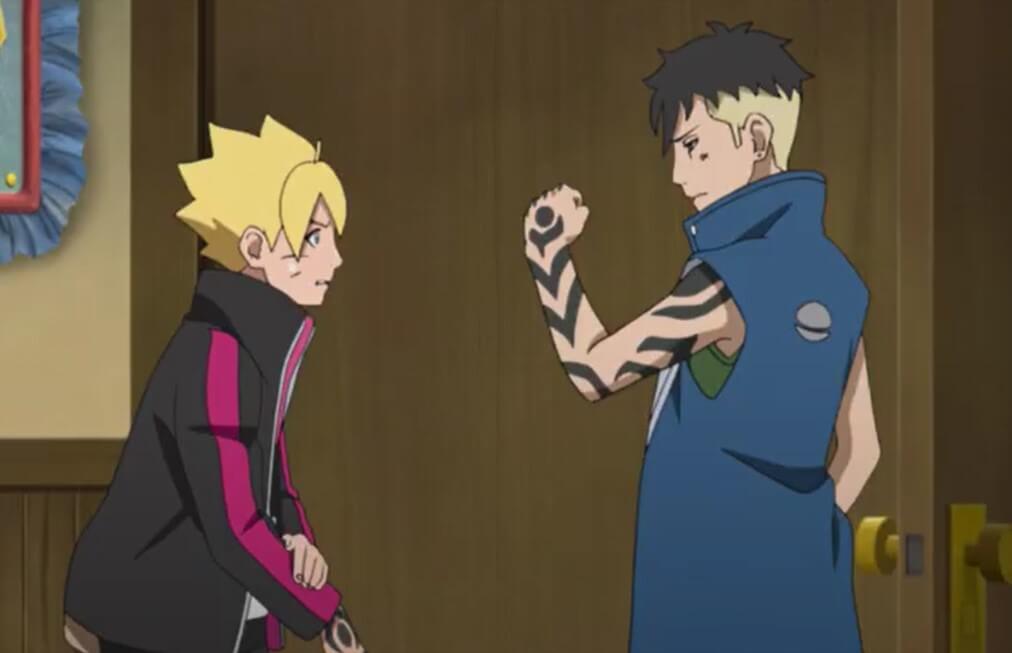 But this time Naruto’s shadow clone looks kind of constipated over here because Naruto is in the toilet. Naruto tells guys can you let me do my business in peace. So throughout the episode, you can see Kawaki adapting to his new life. Talking with his new mother Hinata and Relaxing and Naruto watching over him all day. This way Kawaki is taking in his new life. He is starting to calm down a little bit. He is not as hostile as he was. But he’s still not used to what’s going on. This is all still new to him.

There’s also a nice little scene where Boruto doing target practice and keeps missing his targets. It seems because of certain somebody that’s living in the house that’s bothering him and Boruto keeps telling that he’s the worst but there’s something else going on here that Boruto not telling Sarada and Mitsuki because Boruto kind of realizes there’s a little bit more to Kawaki by this point. Despite the fact that he still can’t really stand the guy but he continues to keep missing his target just because he’s so bothered by the fact that Kawaki is just the worst.

Naruto goes to Hokage Office and there they try to decipher the contents of what Konohamaru retrieved from the blimp. And it seems it will gonna take a long time.

Then in the next scene, Boruto and Kawaki are talking and Kawaki asked Boruto, how he got his karma. Boruto explains he got it by fighting this guy named Momoshiki Otosuki. Kawaki on the other hand explains his story in which he is in that plastic container. He is held up by Jigen and performing a karma ritual in which he is passing karma to all the kids. It seems that a lot of kids have died as a result of this experimentation. Kawaki witnesses one of them as Jigan goes into his karma form for the first time. And passing the karma onto an unknown child. The child begins to scream. The child is unconscious but it is still hurting him. And eventually kills the kid. Jigan gets angry and kicks the container that contained the kids. Then goes over to Kawaki and tells him are you going to disappoint me too Kawaki. So that’s when Jigen goes to pass on the karma seal to Kawaki. Then Kawaki blacks out but survived and got the karma seal now. 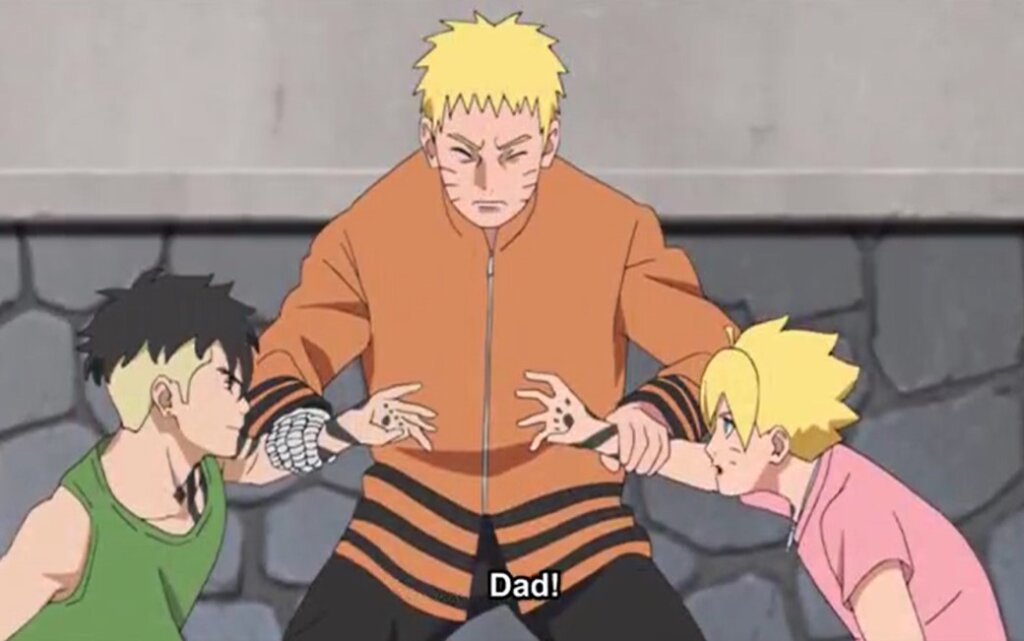 Boruto tells Kawaki that wow you’re lucky that you were spared from death. But Kawaki reiterates that since then his life became hell. Kawaki also says he will not get peace until he gets rid of the karma seal. He also asks Boruto if he also wants to get rid of it too. He says Boruto why don’t they work together to get rid of the karma seals. Boruto seems to sympathize with Kawaki and learning a little bit more about his past. Boruto still tells Kawaki he will not forgive Kawaki what he did with Himawari unless he makes up. Kawaki calls him a stupid brat and even Naruto calls Boruto an idiot. Kawaki stares at the broken vase bag.

Naruto tells Kawaki not to worry about the vase. But Kawaki says he’s gonna make up for it by buying a new one or getting a new one. Then Naruto tells that Kawaki has no money so he planning to steal one. That’s not gonna happen Naruto added. Instead, Naruto wants to show Kawaki the village. So that he gets used to the place. And there’s the end of episode 194.