Top 10 Indie Games 2021: Some times indie game developers amaze us with some of their games that have out of the box thinking and innovative ideas. Although they don’t have that much resources to work with, they deliver some memorable gaming experiences. So, here are some of the top picks of upcoming indie games that deserves your attention. 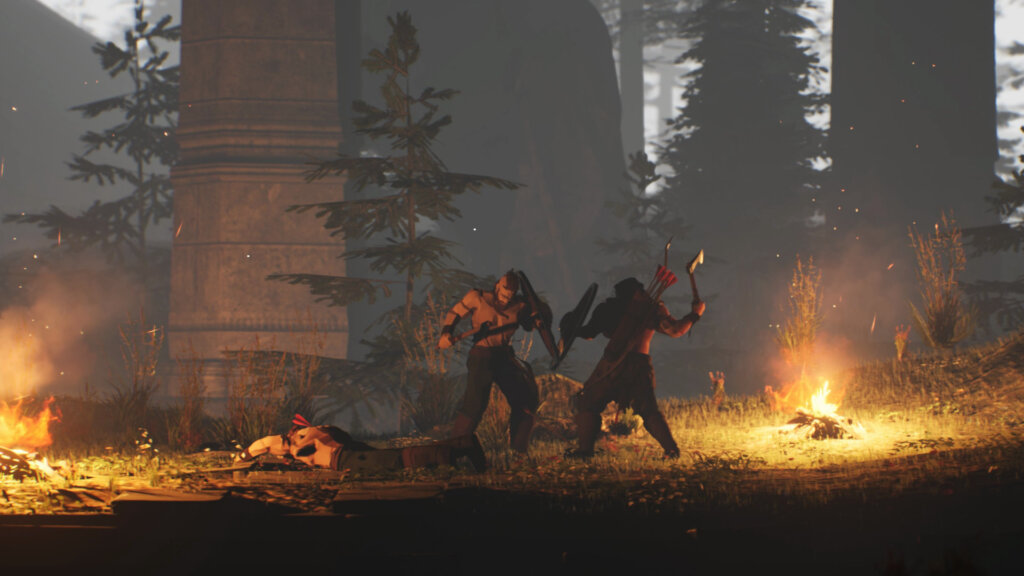 Song of Iron is a moody and provoking action adventure side scrolling title. In this prepare to fight against the world because men, monsters and even the environments will gonna try to kill you. You can find some fights overwhelming for you. Then you can follow the developers YouTube page, where they explained how to create powerful and hard-hitting battle combos and attacks. Fight through it all in this gritty adventure where combat is intense and on the other hand satisfying too. Bow, axe and shield are your equipment where bow can run out and shields can break. The main goal of you is to save your people by finding the Great Temple of the Gods, but the way is full of monsters and other unknown enemies and you have to defeat all of them to get there. Fight mechanics are notable and the graphics of this game looks awesome considering an indie title. Wishlist it now by visiting the game’s steam store page. 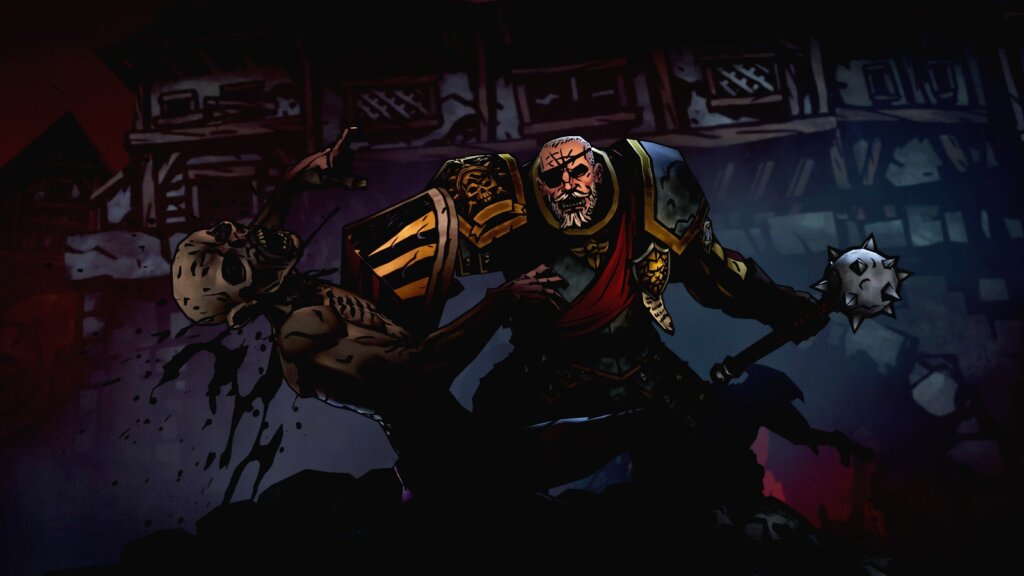 Darkest Dungeon 2 the follow up of Darkest Dungeon developing by Red Hook Studios is coming to Epic Store early access. On Wednesday, the developers dropped a teaser trailer on YouTube. The trailer is called “A Glimmer of Hope” and in the description they wrote “It’s time to face the failures of the past,”. This game is all about hope, grit and determination. The story is centered around  when a crisis happens, we can’t wait for salvation, we have to stay strong. It is a roguelike, strategy, and RPG game. The first entry had gothic horror theme in it which also spread to this one. According to the developer the game will gonna test your mettle and drive you to the brink of madness. 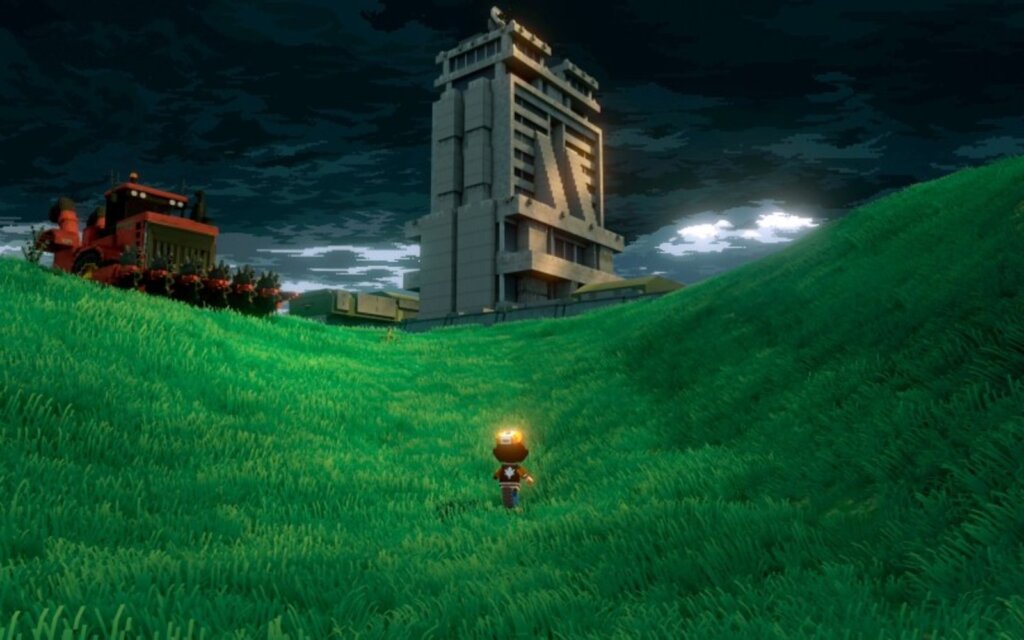 Echo Generation is based on the time 1993. In this game mainly a mysterious crash happened and you and your friends set out to investigate the source of it. There are many quests to complete, battles to fight against monsters and level up your party to save your hometown from danger. And you can expect some awesome boss fight in it. The sound effects of this game is pretty good the combination of electronic and synthwave music is good on ears. If you ask the genre this game belong to then the answer is Adventure, RPG, Strategy. The developer and publisher of this game is Cococucumber. You can get this game from steam store this year. 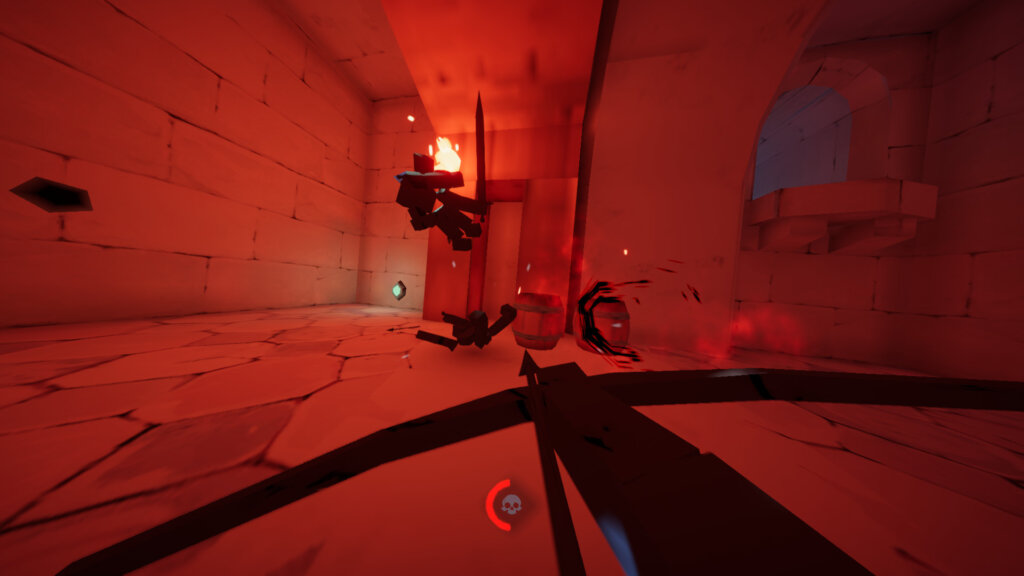 Top 10 Indie Games 2021 – Shady Knight is a first-person melee action game developing by Alexey ‘cptnsigh’. It has dynamic interactive fights and fluid platforming. In the game you basically run through high towers tearing your enemies apart, kicking them on spikes or fire, nailing to the walls with swords and arrows. Freestyle close combat melee fights are specialty  of it. Although the graphics are not that appealing, the mechanics are good. Environment props are useful like unstable constructions can fall or physical objects can accidentally kill someone during fights. This game is listed on steam you can wishlist it now. 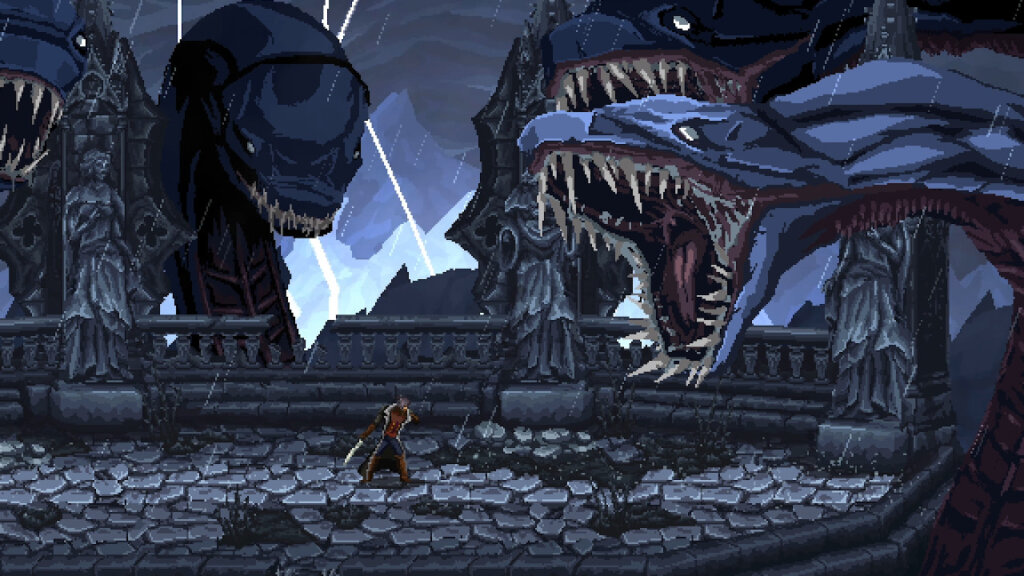 The Last Faith is exploration-based action side-scrolling platformer developing by Kumi Souls Games. It also has dark and gothic themes at its core. Fight some horrific beasts to overturn an hidden prophecy. In this you will be fighting and slaying abominations and strange creatures of the night. Every creature or boss is bigger than others and more powerful and kill them is satisfying. Pretty good amount of skills and abilities are waiting for you to unlock by killing the creatures. Handcrafted environments , animations, and atmospheric scenarios are pretty good considering an indie game. The game is now listed on steam store, you can go and wishlist it now. 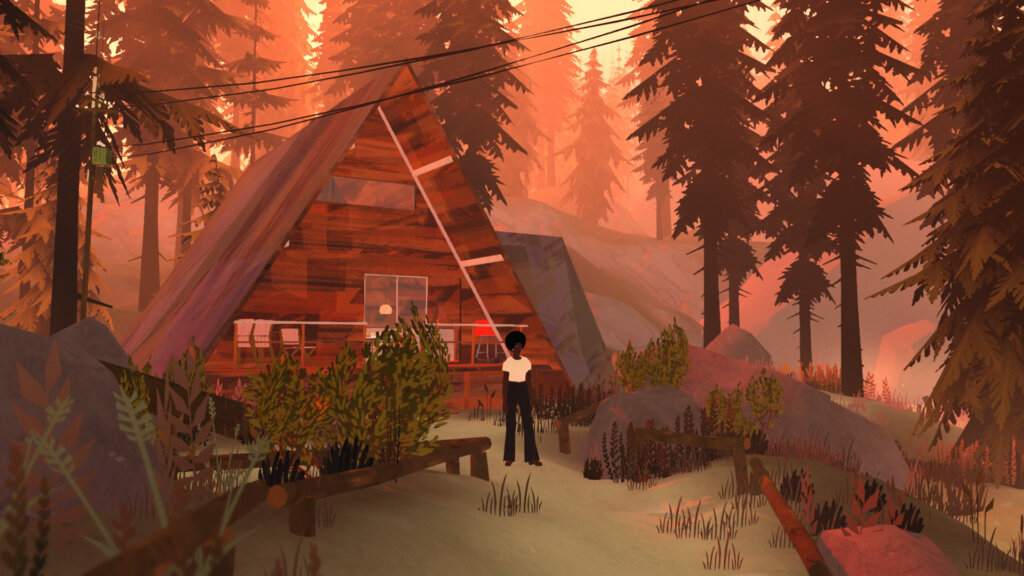 Top 10 Indie Games 2021- Resort is a story exploration game between dreams and reality developing by Backwoods Entertainment. The story is, a comet is on course to destroy the small town of Laburnum Creek. Our main protagonist is a writer named Laura Tanner, who visits the former health resort to interview the inhabitants who are refusing to leave. But the inhabitants have something in their mind that resisting them to leave. Now the writer have to unveil the mystery. So overall it’s a mystery adventure story. The graphics of the game is pretty appealing. It is listed on steam store, so check it out from there. 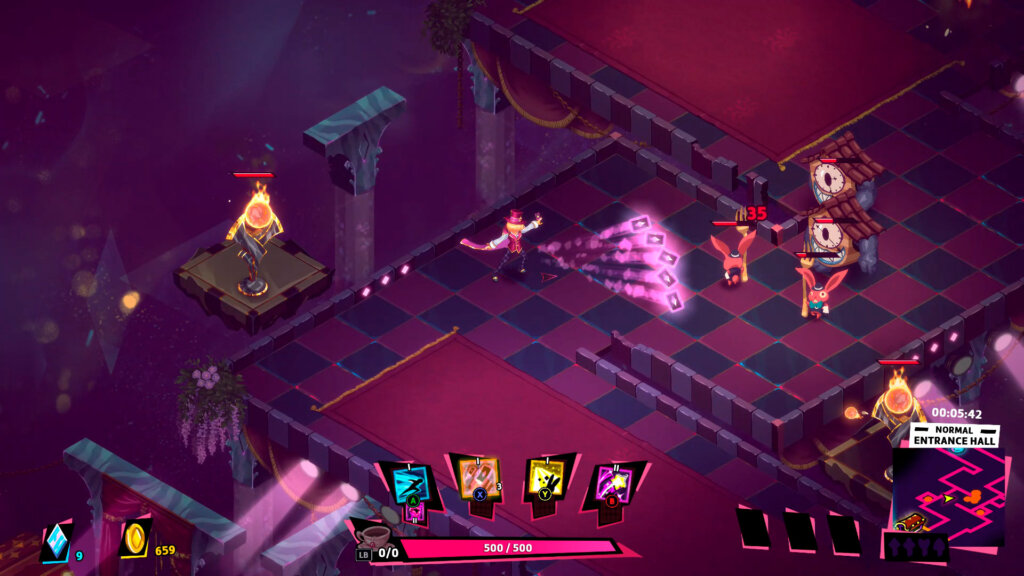 Dandy Ace is a top down action-RPG game developing by Mad Mimic. Here out protagonist is a magician, who uses his magical cards for fighting enemies. Al last he  has to defeat the Green-Eyed Illusionist, Lele, who has imprisoned him in a cursed mirror. In this you will have many cards all have their own playstyles and powers and even you can combine them in thousands of ways to get different powers. Every run provides new challenges and combinations for players to beat. The game is listed on steam store, you can check it. 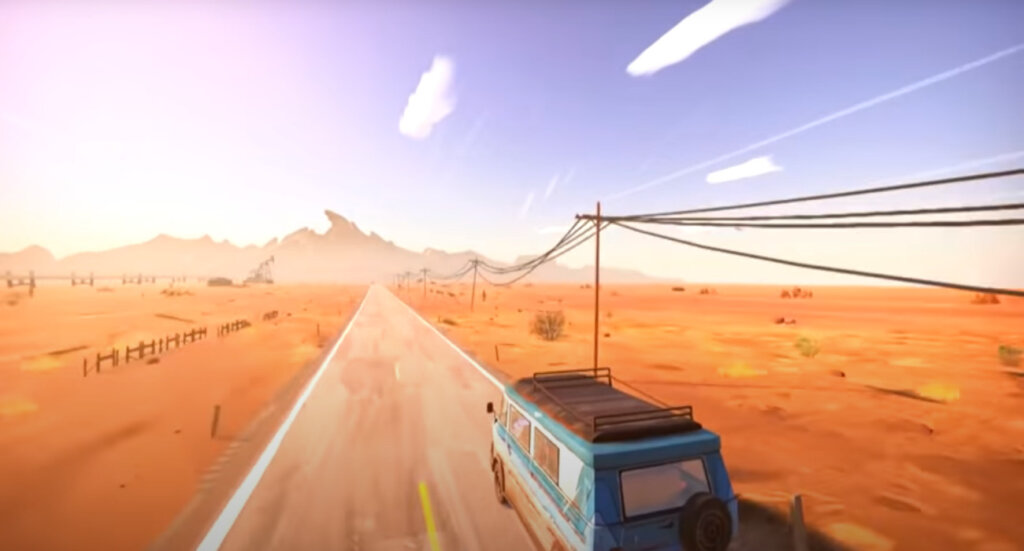 The game signs it’s name on the ever evolving procedurally generated story genre games. The game is inspired by Tarantino, The Coen Brothers, and Bong Joon-ho. The story of the game is said to evolve depending on the actions of the player in the game and the people you meet along the way. The developer Digixart did a good job of displaying real life road trips in the game. Until now you guessed it that it’s a adventure game but there are also some survival elements to it. On this risky road trip, you’ll meet incredible characters, and uncover their interesting stories and secrets. Check this game out on steam store and wishlist it as soon as possible. 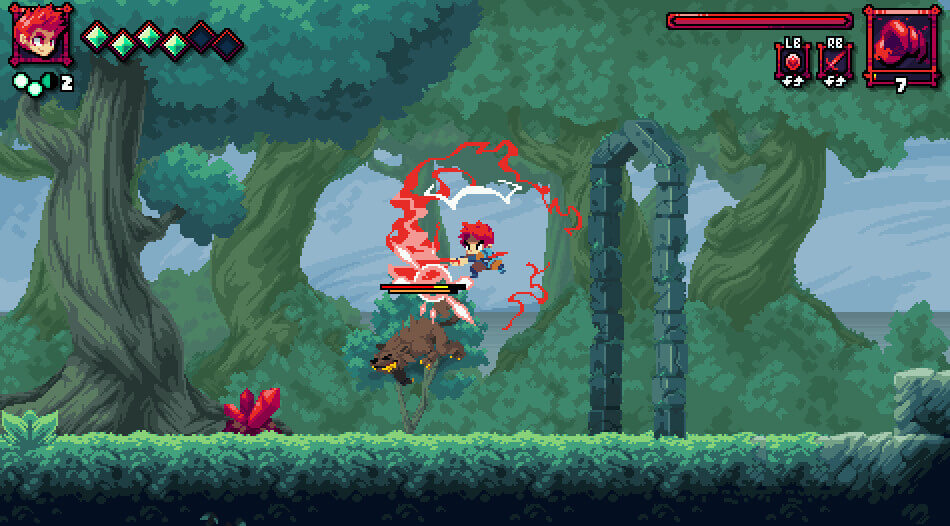 Flynn Son of Crimson is a 2D action adventure platformer with some outstanding pixel artwork. Emerge yourself in the procedurally generated wondrous world filled with discoveries. Studio Thunderhorse are the master minds behind this wonderful piece of work. The story is like, the main protagonist Flynn, a young man orphaned as a child who sets out to chase the shadows of his beginnings whilst awakening the power of Crimson within him. And discover the relics of ancient Rosantica, reveal hints at Flynn’s beginnings and unlock new powers through your progress. The game is not that harsh on computers, 500mb RAM and Intel Pentiums can run this game pretty smoothly. Keep an eye on steam store to get the release date. 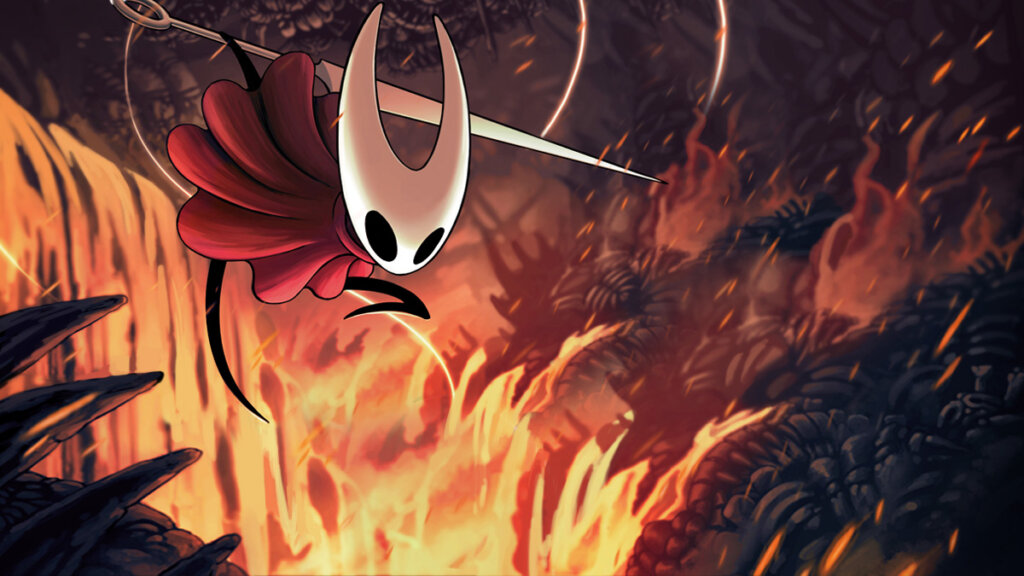 Top 10 Indie Games 2021 – Hollow Knight Silksong is a Metroidvania side-scrolling action-adventure title. This game is the successor of the award winning game Hollow Knight developed and published by Team Cherry. In this you are a lethal hunter Hornet who is  going in a journey to all-new lands discovering new powers and emerge yourself into the battles against vast hordes of bugs and beasts and discover the ancient secrets of nature. There are over 150 types of foes, Beasts and hunters, assassins and kings, monsters and knights. Fight them all with your powers. This is a pretty good game. So If you are interested then keep an eye on their steam page. 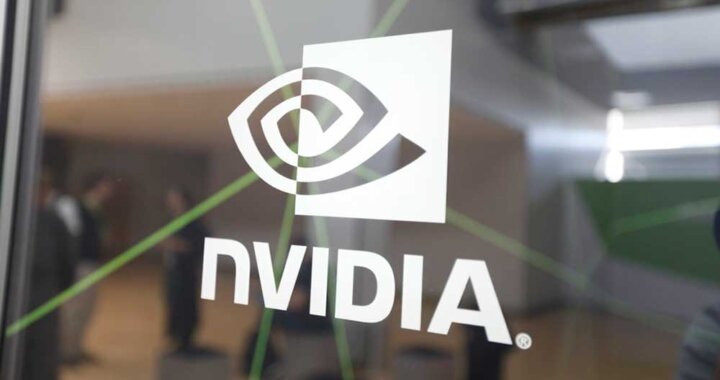 PUBG Mobile in India?? Here are the biggest announcements and updates you need to know!!