Here are the top 10 anime series of all time brought to you by TheRecentTimes. This article may contain major plot details *Spoilers Alert*.

In this list of top 10 anime series Naruto is one of the most popular Anime. Naruto is a Japanese manga series, which is written and illustrated by Masashi Kishimoto, who is well known for his artistic skills in manga drawing. The main character in the series is a young ninja named Naruto Uzumaki. He seeks recognition and wants to become the leader of his village. The story of naruto is divided into two parts, the first part is Naruto’s pre-teen years and the second part is teens. The anime Naruto is directed by Hayato Date and produced by TV Tokyo and Studio Pierrot. In Japan, the first episode is premiered on October 3, 2002. This anime consists of 220 Episodes. You can watch Naruto on Crunchyroll and Netflix. 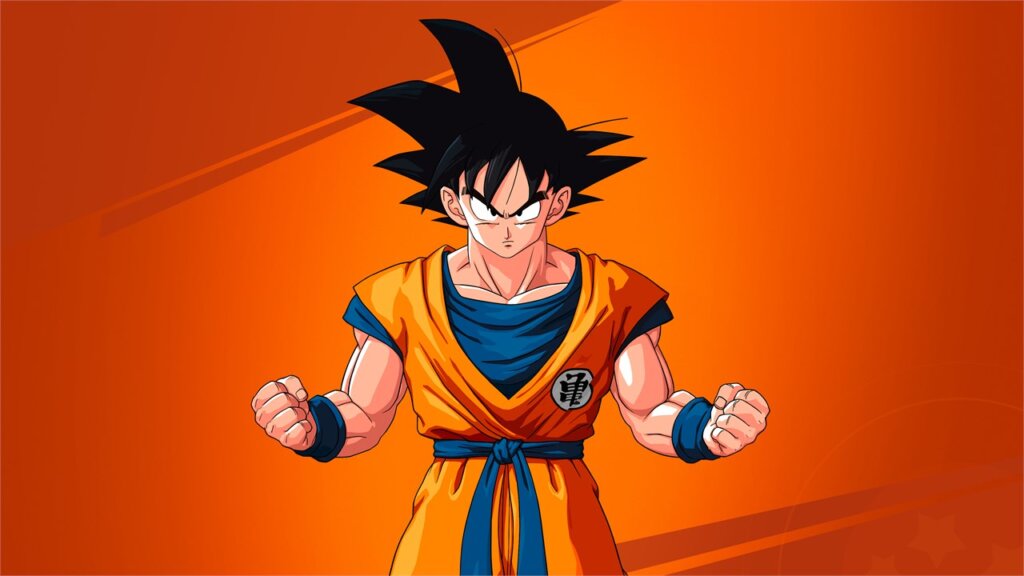 Dragon Ball is a Japanese anime series, which is produced by Toei Animation. This anime series is directed by Minoru Okazaki, Daisuke Nishio. Goku is the main character of this anime. Goku and Bulma goes together on a journey to find The seven mystical Dragon Balls which can grant them to summon the Dragon Shenron, who can give them anything they desire. During his journey, Goku agrees to marry Chi-Chi, and then he meets master Roshi who helps him train in order to fight in The World Martial Arts Tournament. And later on, he meets a monk named Krillin, who becomes his rival and best friend. In the end, Goku defeats Piccolo Junior and then he marries CHI-Chi. The First Episode premiered on February 26, 1986, on Fuji TV. 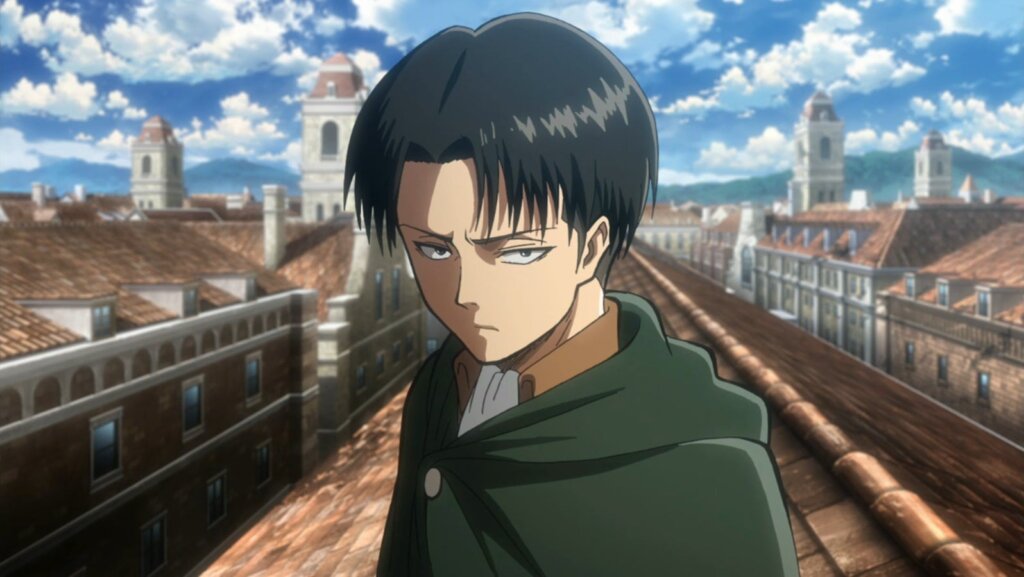 Attack on Titan is an Anime TV series, which is written by Yasuko Kobayashi and Hiroshi Seko. This series is adapted from the manga series by Hajime Isayama. The story starts with young Eren Jaeger, At his hometown which was destroyed, and his mother was killed by a colossal Titan. Seeking revenge, Eren Jaeger with his friends Armin Arlert and Mikasa Ackerman joined the scout regiment, who fight against the Titans. This anime is directed by Tetsurō Araki, Masashi Koizuka, Yūichirō Hayashi, Jun Shishido, and produced by Tetsuya Kinoshita, Kensuke Tateishi, and Toshihiro Maeda. This anime was first premiered on April 7, 2013.

This anime is available on Netflix and Crunchyroll. 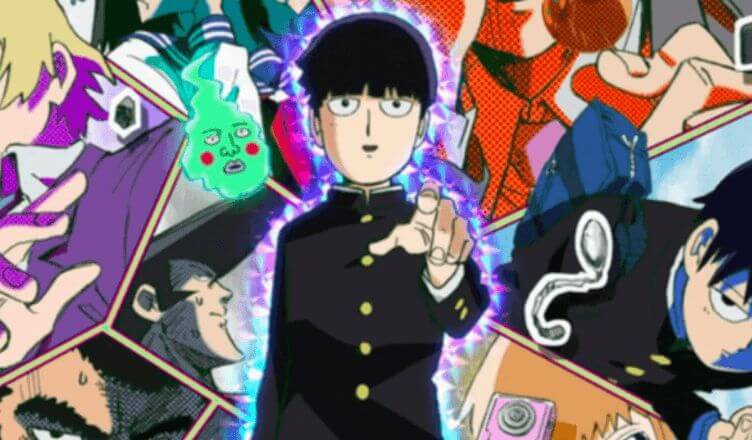 Mob psycho 100 is a Japanese anime series, which is directed by Yuzuru Tachikawa and written by Hiroshi Seko and Yuzuru Tachikawa. The story revolves around Shigeo Kageyama, an average middle schoolboy. He is a powerful Esper with great psychic power but he can’t control his power, so in order to control his powers, he works with a self-proclaimed psychic Reigen Arataka. He wants to live a normal life like others but trouble keeps coming in his way. He tries to suppress his power but eventually, his force takes steps to get through its cutoff points as he encounters other espers like the Claws. mob psycho 100 was first premiered on July 12, 2016. This anime is available on Netflix and Crunchyroll. 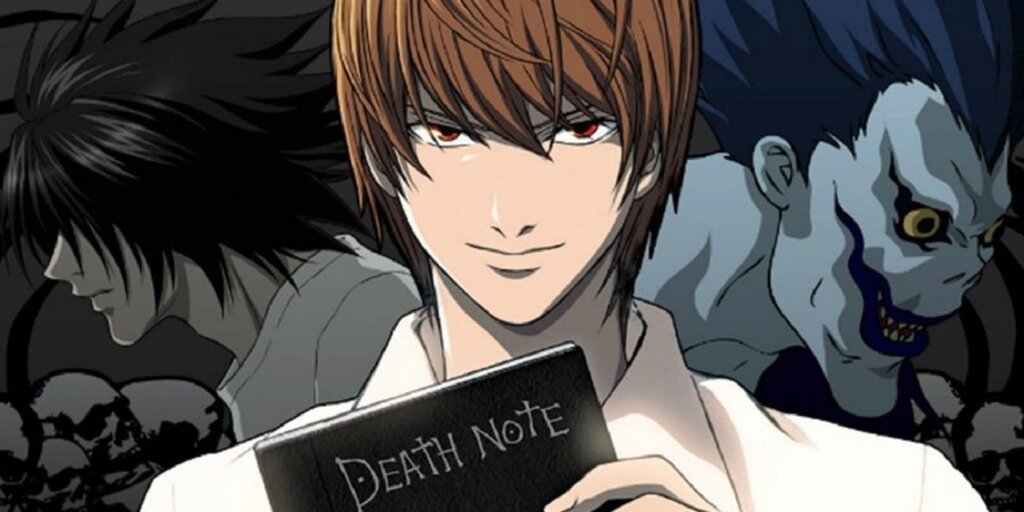 In this list of top 10 anime series Death Note is one of the most-watched Anime series. Death Note is a Japanese Anime series which is written by Toshiki Inoue and directed by Tetsurō Araki. This anime series is produced by Toshio Nakatani, Manabu Tamura, and Masao Maruyama. A high school Student name Light Yagami finds a mysterious notebook named Death Note which can kill anyone whose name is written in the book as long as the person knows the target name and face. Light Yagami realizes the true power of the notebook and uses it to kill multiple criminals and international criminals. Later on, Ryuk a “Shinigami” visits Light Yagami who is amused by the action of the Yagami. As multiple criminals and convicts keep dying and soon law enforcement starts investigating with the help of a detective known as “L”. Death note is available on Amazon prime video and Netflix. 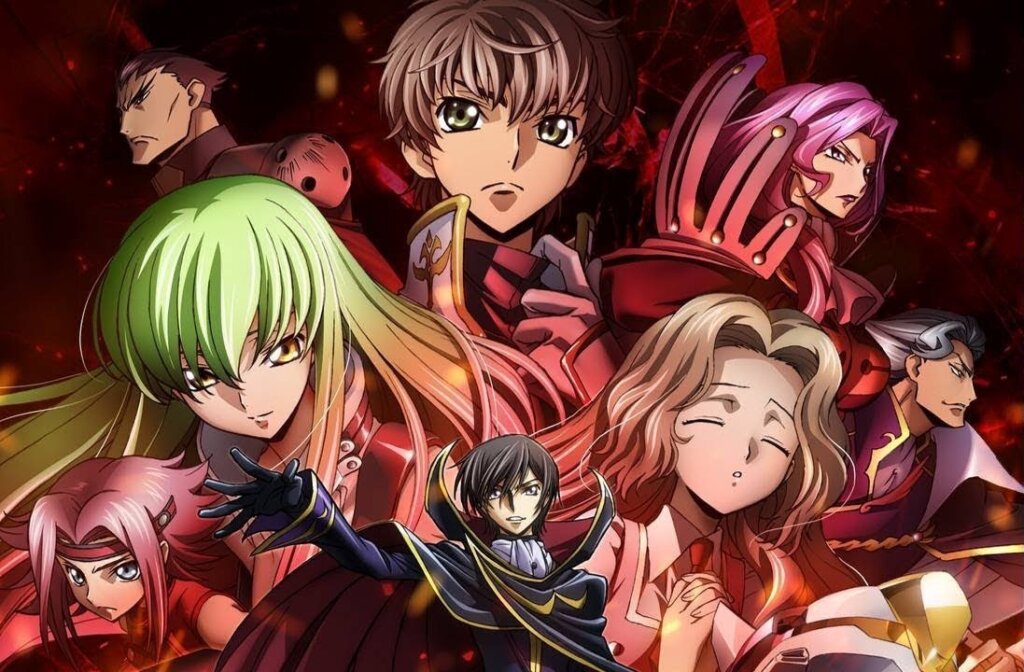 This anime series is produced by Sunrise. This series is written and directed by Ichirō Ōkouchi,  Gorō Taniguchi respectively. The story revolves around Lelouch vi Britannia, son of emperor Charles Zi Britannia and his wife Marianne vi Britannia who was murdered which was witnessed by Lelouch’s sister  Nunnally vi Britannia. Later on, Lelouch goes to japan where he meets Suzaku Kururugi. Meanwhile, Japan is attacked and defeated by Britannia. Lelouch wants to take revenge from his father. Lelouch meets a mysterious girl named C2, who will provide him with a power called “GEASS”. He creates Black Knights using his power led by an alter Ego named “ZERO” against Britannia. But Suzaku finds out that Lelouch is ZERO and takes him to the emperor who wipes Lelouch’s memories.

Code Geass was first premiered on 5 October 2006. This anime is available on Netflix and Crunchyroll. 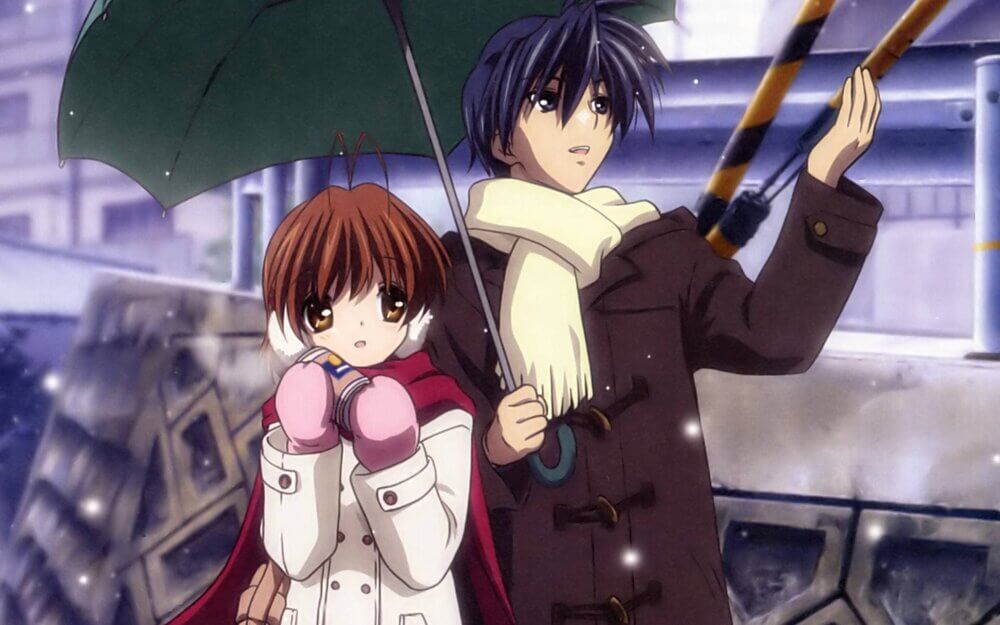 Top 10 Anime, This anime series is based on Visual Novel Clannad by the Japanese brand Key. This anime is produced by Kyoto Animation and directed by Tatsuya Ishihara.  If you are a shojo anime fan then you must have watched or heard of “Clannad”. This anime series has 2 seasons. According to me personally, this anime is one of the best anime series I have watched in my entire life. If you want a perfect ‘Slice of Life’ anime then Clannad is for you. It has all the elements of a shojo anime like school life romance, family drama, and also be prepared for heart-breaking tragedy. Warning!! watch this anime, keeping your napkins close, because you gonna cry your eyes out. This anime shows the harsh reality of life. The story is told from the perspective of Tomoya, who is a high school student and falls in love with a cute girl Nagisa. As time goes on they got closer and got married. But Tomoya had no idea that what tragedy was waiting for him. 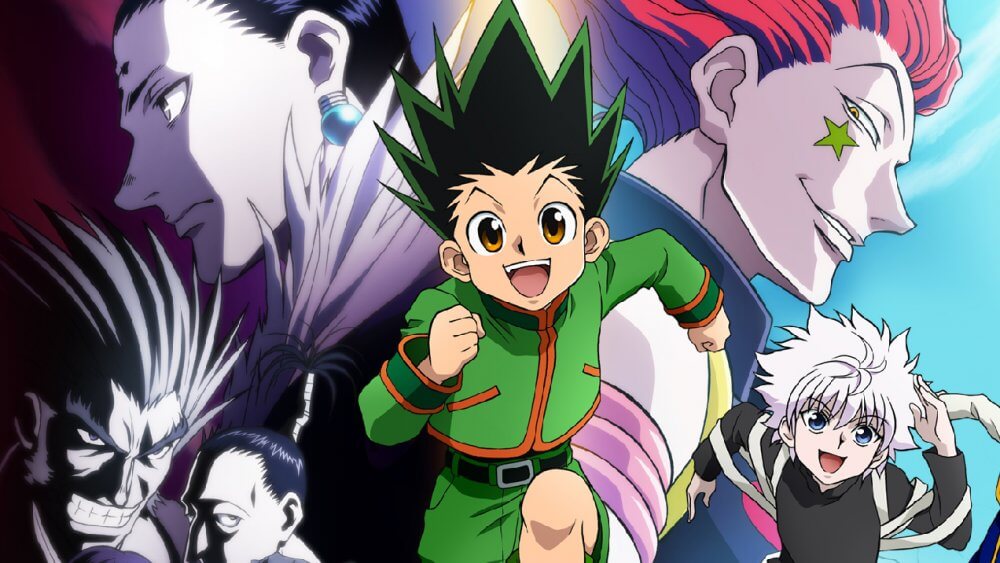 This Japanese anime series is written by Nobuaki Kishima and directed by Kazuhiro Furuhashi. This anime is about a boy named Gon Freecss. He wants to find his dad Ging Freecss, who left his family to become a hunter. Gon wants to become a hunter like his father, so he leaves his home to take the Hunter Examination. During the hunter examination Gon meets Kurapika, Leorio, and Killua Zoldyck and becomes friends with them. After becoming a hunter, there’s a secret exam in which they teach you about Nen which is a secret power only known to the hunter organization. Throughout his journey he will learn about what being a Hunter truly means.

Hunter x Hunter was first premiered on October 16, 1999. This anime is available on Viz, Netflix, and Crunchyroll. 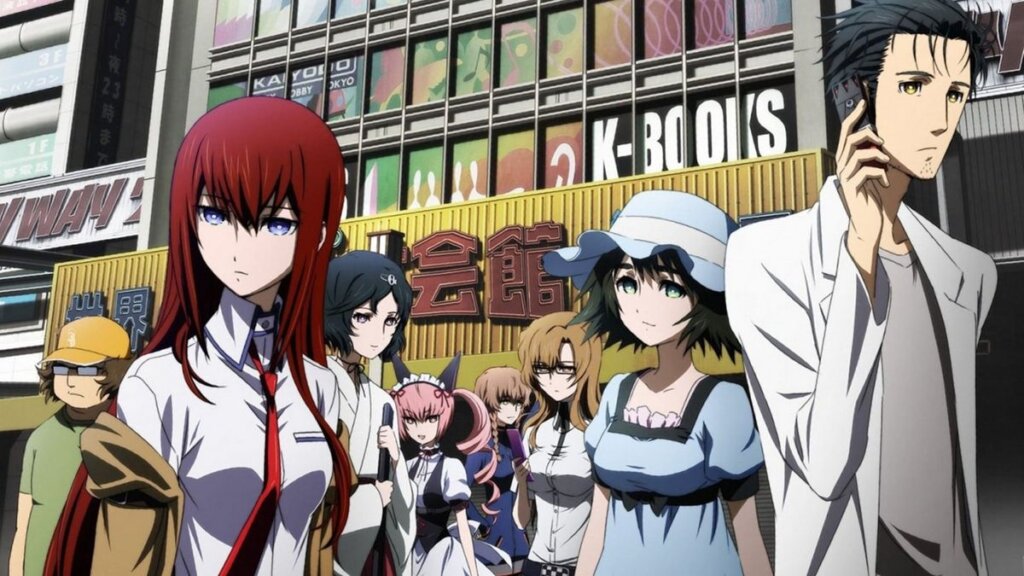 In this list of top 10 anime series, Steins Gate is a  sci-fi anime. This anime series is created by White Fox Animation. This anime is directed by Hiroshi Hamasaki, Takuya Satō, and Tomoki Kobayashi and written by Jukki Hanada, Naotaka Hayashi, and Tatsuya Matsubara. The story revolves around a mad scientist named Rintaro Okabe who lives in Akihabara, Tokyo. He runs a future gadget laboratory in his apartment with his friends Mayuri and Itaru. During a conference, Okabe finds Kurisu Makise’s dead body and tells about it to Itaru but later he finds out that she is alive. They discover that the cell phone operated microwave oven can send text messages back in time. SERN, an organization learns about this device and sends their soldier to steal the device. This whole series is based on time travel.

Steins Gate was first premiered on April 6, 2011. This anime is available on amazon prime video, Netflix, and Crunchyroll. 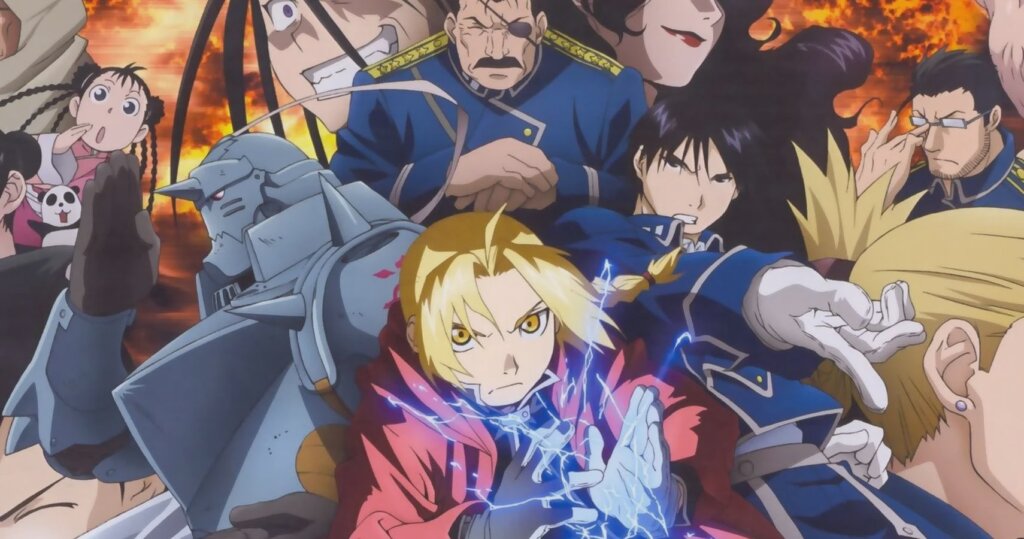 This anime series is adapted from a manga called Fullmetal Alchemist which is written by Hiromu Arakawa. Fullmetal Alchemist: Brotherhood is directed by Yasuhiro Irie and produced by Hiroo Maruyama, Noritomo Yonai, Ryo Ōyama, and Nobuyuki Kurashige. This series is about Two brothers Edward and Alphonse Elric who lives in the village of  Resembool in the country of Amestris. They were both raised by their mother Trisha Elric. Their father Hohenheim abandoned them when they were young. Their mother died of an illness so their best friend and her grandmother took care of them. The boys took on alchemic training with the help of  Izumi Curtis, the two boys tried to bring back their mother with alchemy.

Fullmetal Alchemist: Brotherhood was first premiered on April 5, 2009. This anime is available on amazon prime video, Netflix, and Crunchyroll.

One-Punch Man Season 3 Confirmed: Everything You Need To Know