Boruto Episode 285 is scheduled to release on Sunday, January 29, 2023. According to the Japanese timezone, the upcoming episode will be released around 5:30 pm.

Boruto Episode 285: Where And How To Watch?

In addition, the 285th episode of Boruto will be available to watch on a number of streaming platforms including Crunchyroll, Apple TV, and Hulu.

Boruto Episode 285: What To Expect?

Although no spoilers are leaked as of yet, the upcoming episode will most likely continue where it left off.

At the end of the previous episode we saw Zansul alongside an unknown person. In addition, the duo went on to use Reanimation in order to turn a chicken into a dragon.

Moreover, the episode revealed that Zansul is forming an army of dragon beasts for an unclear purpose.

The 284th episode of Boruto is titled, ‘The Secret in the Cellar.’

The previous episode opened with Jiji finally learning the patterns of Meno. Moreover, he also makes a prediction relating to Meno’s visit. Jiji also asks Ganno to lend him the almond tree branch in order to bring Meno close.

In addition, he explains that the beast could possibly enjoy the scent of almonds since Meno prefers to sleep under its tree but does not like to eat almonds.

Additionally, he suggests everyone pat Meno with Ganno being the first while Penzila followed him.

Sakura on the other hand intercepts Fandal, Redaku’s Prime Minister’s messenger, and knocks him out with the help form Sasuke. She later assumes the guise of the messenger and enters Zansul’s secret cellar.

Sakura speaks to Zansul about trivial issues after delivering the original message. Subsequently, she tries to find out more about what Redaku’s Prime Minister expects from him. However, she fails to obtain more information since she is only a messenger. 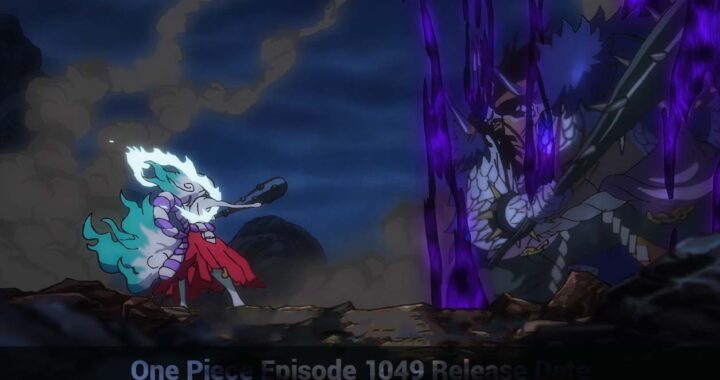 One Piece Episode 1049: Release Date, Time, Recap, and everything