Boruto Episode 281 will most likely show the titular protagonist, Boruto trying to figure out the actual truth following the events of the previous episode.

Boruto Episode 281 is scheduled to release on Sunday, December 25, 2022. According to the Japanese timezone, the upcoming episode will be released around 5:30 pm.

Boruto Episode 281: Where And How To Watch?

In addition, the 281st episode of Boruto will be available to watch on a number of streaming platforms including Crunchyroll, Apple TV, and Hulu.

In the upcoming episode, Boruto will most likely come face to face with the mastermind behind the dark game as he has finally broken out of the genjutsu.

Moreover, Sarada, Mitsuki, and Kawaki are expected to support him in his inevitable battle with the mastermind.

Meanwhile, the remaining survivors will probably be stuck inside the genjutsu until the defeat of the mastermind. In addition, they could not get out also due to the incapacitation of Kiseru.

The 280th episode of Boruto is titled, ‘A Breakthrough.’

In the previous episode, Boruto confronts Kiseru about his association with Ouga. However, instead of countering with an attack, Kiseru decides to flee from the place.

Meanwhile, Rokuro, Shamo, Yatsume, and Namua decide to help Boruto and arrive just in time to corner Kiseru. In addition, they demand to know the truth behind the death of Batta and Fugou.

Again instead of answering, Kiseru uses his ninjutsu and ends up bringing them all to an underground cave.

Besides that, Kiseru starts launching surprise attacks against the group. He also duels with Rokuro and manages to outpower him by delivering a fatal blow to his already injured abdominal area.

Meanwhile, back at the Leaf, Sarada, Kawaki, and Mitsuki encounter four masked shinobi who reveal themselves to be the shinobi from the Five Great Nations’ Investigation Team. Furthermore, they say that they are trying to find out about the mysterious disappearances that are taking place all over. 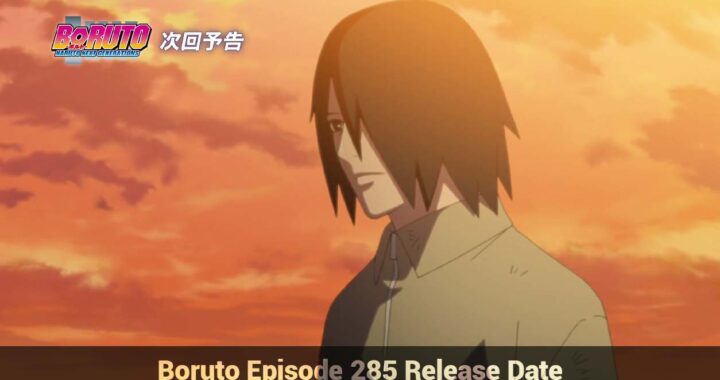